Thunderbirds Roar Over the Atlantic City Boardwalk in 2017 America’s Ambassadors in Blue, The United States Air Force Thunderbirds, arrived in New Jersey for Thunder Over The Boardwalk ahead of a rare North American celestial event. On Monday, August 21, 2017, the team arrived at Atlantic City International Airport as a partial solar eclipse was readying to take place. I spoke to Thunderbird 5, Lead Solo Major Alex Turner about possibly flying during the solar eclipse. Major Turner was excited about the event and explained, “We considered doing a photo shoot with the solar eclipse but couldn’t locate the proper equipment”. I asked if the helmet visor provided enough eye protection if they had flown during the solar eclipse, and he explained that it does not. He went on to state we actually landed in New Jersey before the eclipse so we wouldn’t have an issue. Thunder Over The Boardwalk is celebrating its fifteenth year and is a unique midweek airshow. This is one of a three busier weeks where the Thunderbirds add a midweek show into their schedule. The team began their week at the Selfridge Open House in Michigan on the previous Thursday. On Monday, it was onto Thunder Over The Boardwalk in Atlantic City, New Jersey before departing Thursday morning for Thunder Over Dover in Dover, Delaware. Thunderbird 7, Operations Officer Lt. Colonel Kevin Walsh said “It’s tiring, but worth it”. The unusual thing about the Atlantic City Airshow and Dover’s Open House is how close by air they are. It is perhaps the shortest flight between back to back show sites the Thunderbirds have ever undertaken. I witnessed Lt. Colonel Walsh depart Atlantic City with an unrestricted climb to seven thousand feet before leveling and starting his decent into Dover. I asked him how long did the flight take? He proudly said he made the flight in under seven and a half minutes. I asked if he needed all that altitude to get to Dover. He said no, but why wouldn’t you use it if you could. He stressed that even though the flight time is short, it is a two and a half hour drive between show sites which brings in two entirely different groups of people to the show sites. Thunderbird 1, Commander/Leader Lt. Colonel Jason Heard also proudly pointed out that in addition to the travel flights, circles and arrivals, practices and demonstrations, the Thunderbirds also had time to do public outreach, media and Hometown Hero flights, reenlistment and recruiting events while filming an episode of the Cake Boss TV show. “Our team is a well oiled machine” he stated. The practice show demonstration featured seven jets with the Cake Boss / Hometown Hero flight being incorporated. I caught up with Thunderbird 10, Executive Officer Angelina Urbina and asked her how Joey from Cake Boss did on his flight and she said he hit it out of the park. The transitions are practiced to take place on certain maneuvers. Thunderbird 12, Public Affairs Officer Captain Sara Harper will interact with the show site team and advise on the conditions. Thunderbird 3, Right Wing, Major Nate Hoffman elaborated that deconfliction must be completed before a show transition can take place. He added that is usually after the solos join up with the diamond. Major Hoffman was asked about the flat show being a shorter demonstration than the high show. He explained that it is but only because it takes less time to recover and set up the next maneuver when compared to a high show. 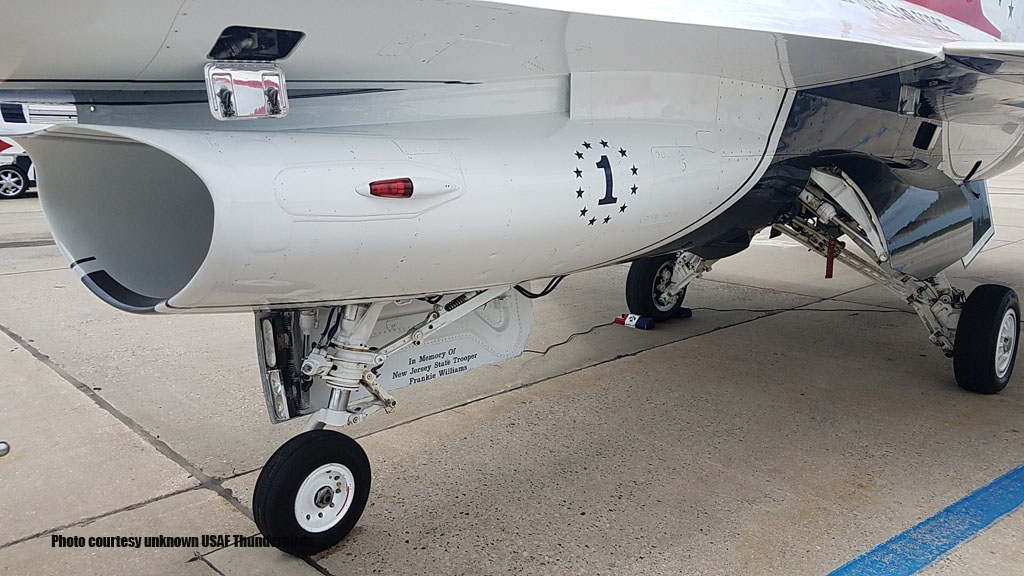 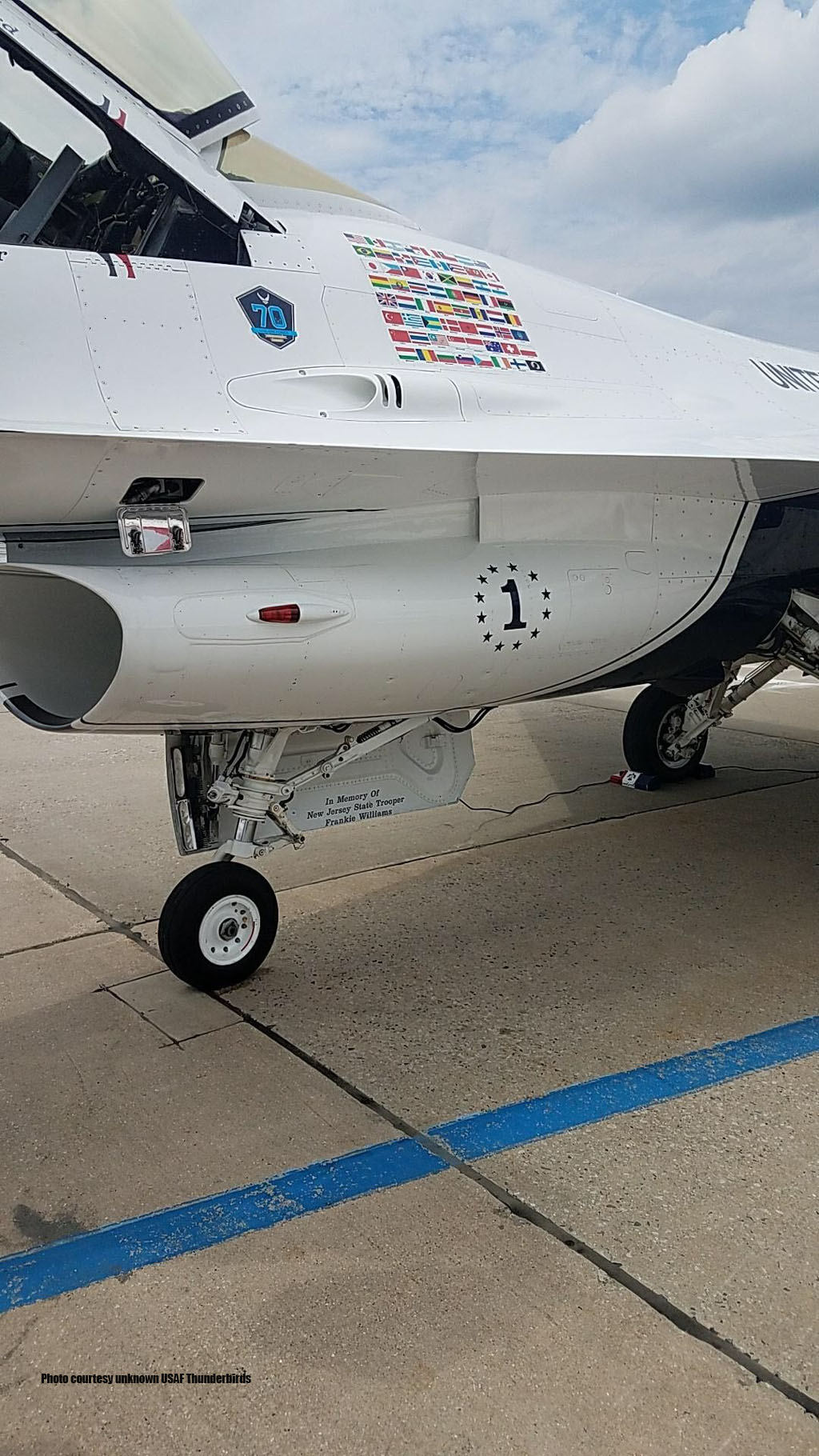 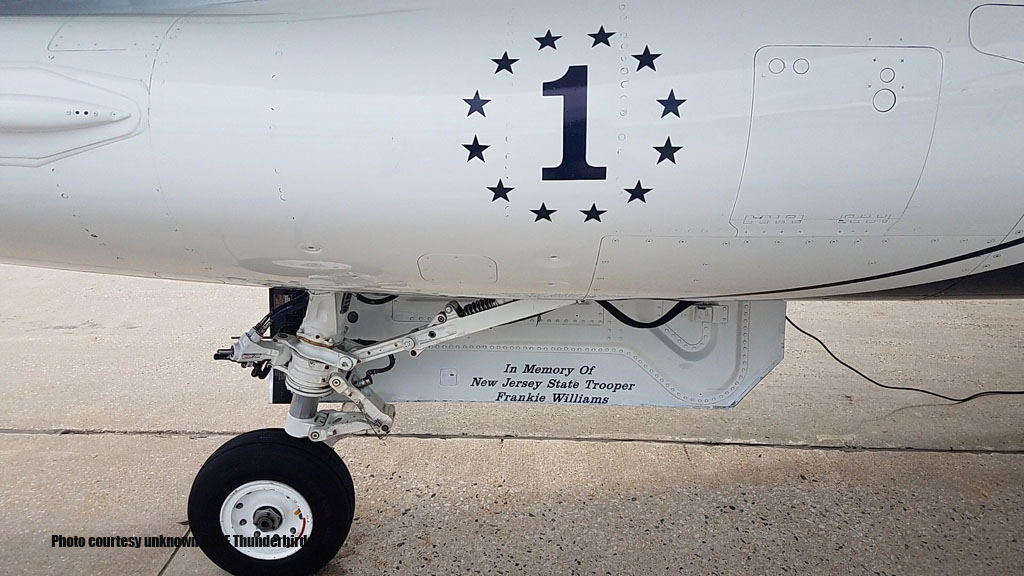 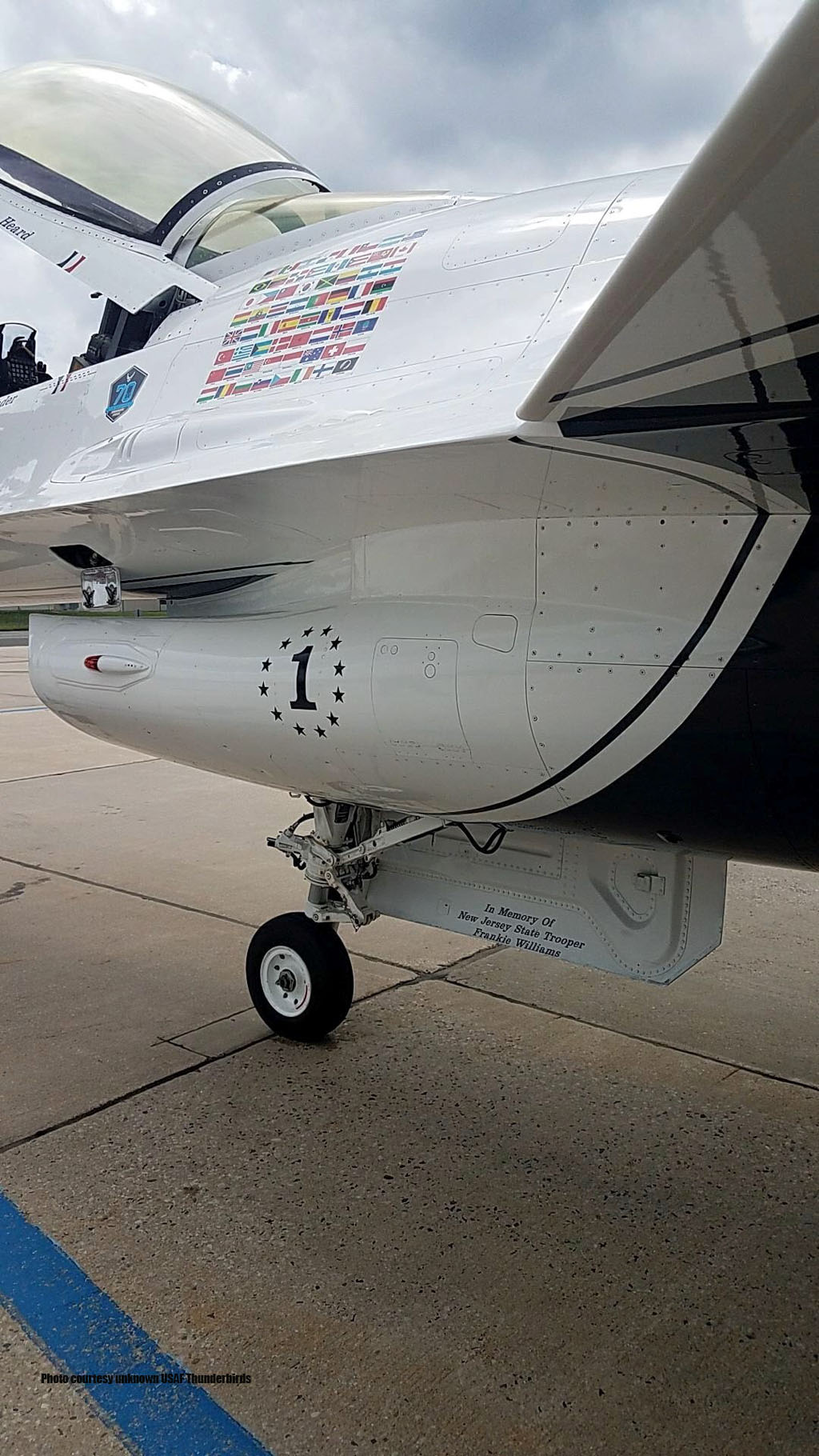 The photos below are additional views of the show in Atlantic City by our photographer Bob Finch: