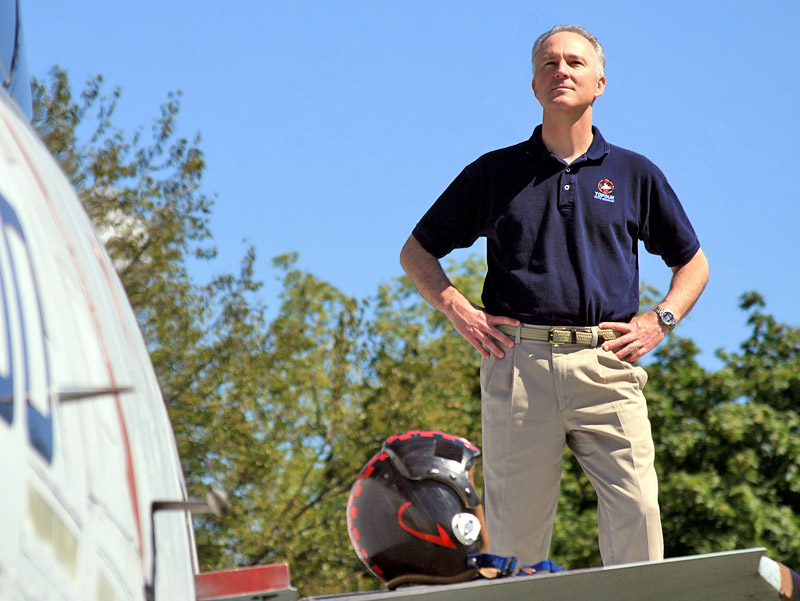 I recently had the pleasure of interviewing Dave “Bio” Baranek, a former TOPGUN instructor and author in his own right! He is the author of “TOPGUN DAYS, Dogfighting, Cheating Death and Hollywood Glory As One Of America’s Best Fighter Jocks…..Read More about my special guest……..

Dave Baranek (callsign “Bio”) was one of 451 young men to receive his Wings of Gold in 1980 as a naval flight officer. Four years later, seasoned by intense training and deployments in the tense confrontations of the cold war, he became the only one of that initial group to rise to become an instructor at the navy’s elite Fighter Weapons School. As a Topgun instructor, Bio was responsible for teaching the best fighter pilots of the Navy and Marine Corps how to be even better. He schooled them in the classroom and then went head-to-head with them in the skies.
Then, in August 1985, Bio was assigned to combine his day-to-day flight duties with participation in a Pentagon-blessed project to film action footage for a major Hollywood movie focusing on the lives, loves, heartbreaks, and triumphs of young fighter pilots: Top Gun.
Bio soon found himself riding in limousines to attend gala premieres, and being singled out by giggling teenagers and awed schoolboys who recognized the name “Topgun” on his T-shirts. The book ends with his reflections on his career as a skilled naval aviator and his enduring love of flight.
The paperback and Kindle editions include more than 50 rare full color photographs of fighter jets in action.  The fascinating history of one man’s rise from naval flight officer to Hollywood hero. To visit Dave’s site and buy his book visit him at http://www.topgunbio.com/