Mike Wiskus: “I’m Going Out at the Top of My Game!” 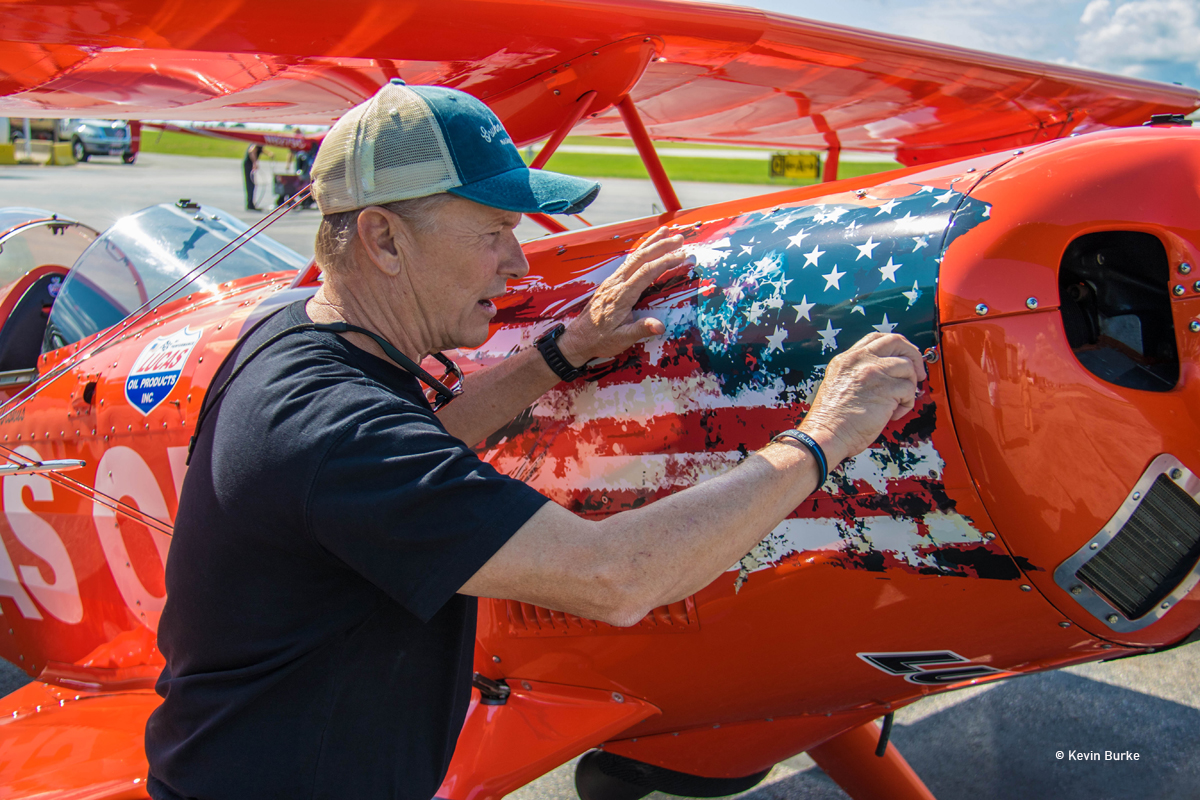 Unfortunately, it seems that 2021 will be the last year we will see Mike Wiskus flying that little orange – or is it red – biplane on the air show circuit.

At 63 years old (in November) Mike will be losing his sponsor, Lucas Oil, after 20 years. I asked Mike if he had his way, how many more years would he prefer to fly his biplane at air shows.
“One to two more years, but I’ve got no regrets. I’ve had a sponsor as long as anyone. Do I want to quit?-No, I’ve made some calls, but I can’t imagine re- branding now, getting a new sponsor now, with the way things are, everyone is so apprehensive.” I told Mike that I love how he doesn’t have an actual ‘routine’, and I especially enjoyed the annual “Mosquito Pass” at the Orange County New York Air Show. If you haven’t seen Mike perform at the Orange County show, the Mosquito Pass is a low, smoke on pass where Mike seems to dive into the trees on the other side of the runway, but he is actually flying down the path the Wallkill River has cut through the trees. Mike chuckled and replied,” Aw, thanks” I explained to Mike that I have to assume that most people like me go to air shows for the Noise, the Speed and the Feel, and with time spent at these shows you notice the smaller acts of the show and the impact they can make on anyone in the crowd from a licensed pilot awed by what pilots like yourself can do with your airplane, down to the big wave and smile you give the little ones as you taxi down the show line.
Mike responded, “I’m just like a professional football or baseball player, I am a professional pilot, I’m grateful to do what I do”. Extremely important to Mike is his faith, quoting himself while telling me about a conversation he has had with The Man Above, “If I find a sponsor Father, fine, I’d love to keep going. If I don’t, I know you want me to stop. If I’m gonna do it, I’ve gotta do it right and safe. It costs $130,000 to maintain the aircraft for one year. $40,000 is the cost of the engine overhaul.”

I told Mike I was honored to meet him and talk with him and that I was sorry for the situation. Mike replied happily, “Don’t feel sorry for me, I’m going out at the top of my game!” Mike got hooked on aviation when his dad took him to his first air show when he was 10. At 14 he rode his bike to the local airport for 2 weeks straight and bugged the owner for a job washing airplanes and cleaning hangars just to be around airplanes.
Mike traded his work of washing airplanes for flying lessons and received his pilots license on his 17th birthday.
Mike has accumulated more than 25,000 flight hours and has qualified in more than 40 aircraft.
Mike was the 2002 U.S. National Aerobatic Champion and a member of the 2004 U.S. Aerobatic Team. Mike’s biplane known as the Super Stinker is a Pitts S-1-11B, created for competition aerobatics.
Mike has owned this plane since 2000, buying it on Ebay as a wreck. It has been extremely modified from its original build with longer landing gear, 60% larger elevator and rudder and full span ailerons.