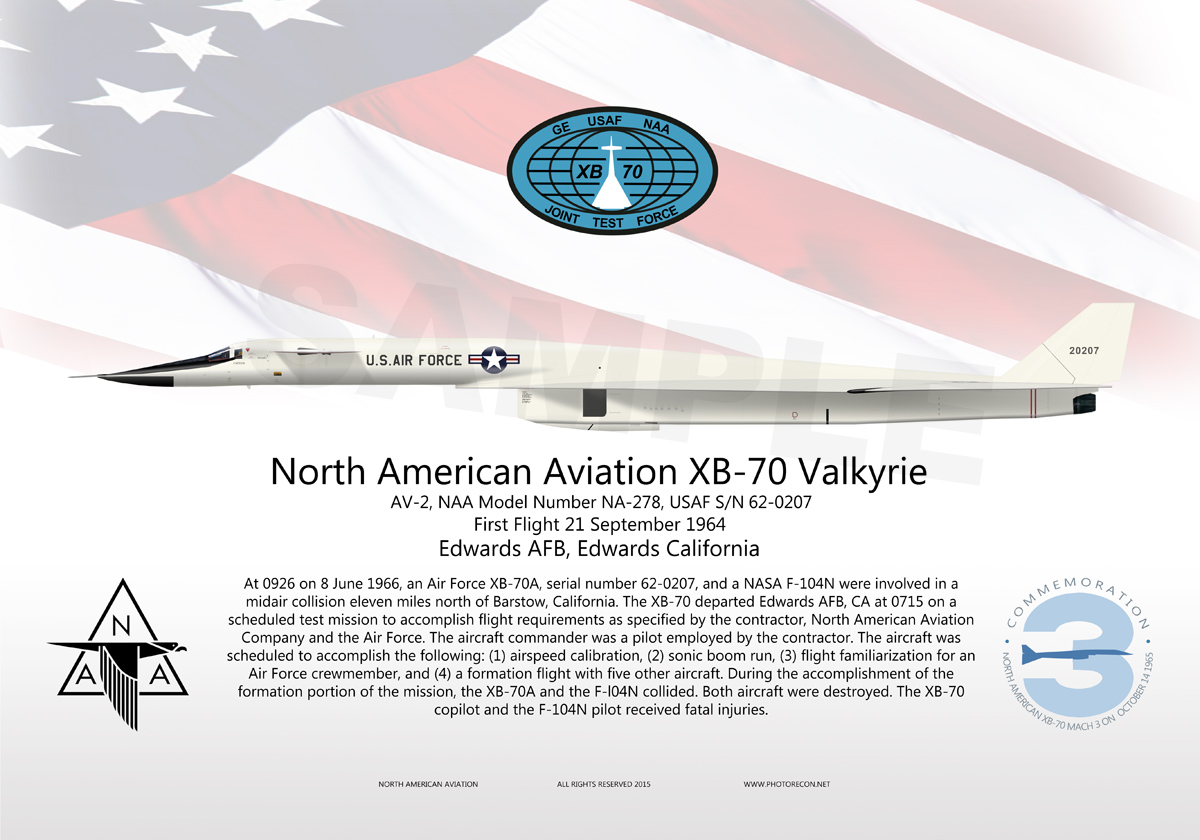 (Two part interview combined into one)

To build a bomber that could travel 7 500 miles (12 070 km) at Mach 3, engineers at North American Aviation used a principle called ‘compression lift’. This had originally been researched by the National Advisory Committee for Aeronautics (NACA – NASA today). Their research formed a large part of the foundation for Mach 3 cruising flight.

In March 1961, President John F. Kennedy announced that the program was to be scaled back and used for research only. High costs of over $700 million per prototype, vulnerability and diminished need for the aircraft were cited as the main reasons. Only three aircraft, consisting of two XB-70 Valkyrie flight test prototypes and one YB-70 operational prototype, were to be built.

The XB-70s were to be used for research only. Most of their combat avionics, such as the bombing-navigation system, were deleted, as well as the bombardier and navigator positions. It was agreed that lessons learned during the flight testing of the first XB-70A would be applied to the construction of the second example.  However, on 3 March 1964, budget cuts resulted in the cancellation of the YB-70.

This updated version of my aircraft profile is now depicting  Air Vehicle Two #62-0207 the aircraft that crashed near Barstow , California.  It was the aircraft Al White was flying that fateful day it crashed.