You never know what you will see or hear in the skies around Detroit’s Willow Run International Airport located in Ypsilanti MI. Willow Run has a little of everything from locally based USA Jet or Kalitta freighters to the more exotic Aeronaves De Mexico DC9’s. If you want to go one step further in the exotic department try the Boeing 737-4Y0 that belongs to the United States Department of Justice. You will find business jets such as the Johnson Controls Gulfstream GV-SP N80AD and Bombardier Challenger 300 N60AD. Eastern Michigan University Cessna 172SP Skyhawks will fly practice approaches several times a day. Not all traffic actually arrives and departs from Willow Run, you will see constant arrivals and departures from Detroit Metropolitan only 13 miles to the East. You will frequently see either or both of Jack Roush’s P-51 Mustangs around, P-51B “Old Crow” and P-51D “Gentlemen Jim”. These aren’t the only warbirds you will find however as Willow Run is home to the Yankee Air Museum. On any given day one or all of their Warbirds will be out and about, including B-17G “Yankee Lady”, B-25D Mitchell “Yankee Warrior”, and C-47D Skytrain “Yankee Doodle Dandy”. The Yankee Air Museum was founded in 1981 and is currently located on the East Side of the airport. The current 47,000 square foot museum will eventually move to its new permanent home a 144,000-square foot section of the famous Willow Run Bomber Plant. This historic site was the location that the Ford Motor Company produced 8,685 B-24 Liberators from 1942 to 1945. The Yankee Air Museum also organizes the yearly Thunder Over Michigan Airshow which was held this year over Labor Day Weekend from 9-1-17 to 9-4-17. This airshow brings together a fine mix of warbird and modern military aircraft as well as World War II vehicles. This year’s headliner was the United States Navy Blue Angels, with the theme aircraft being the Douglas C-47 Skytrain. The Yankee Air Museum offers a mix of options for the enthusiast to be able to take in the airshow action with special access on Friday for arrivals, early access to the static displays and a Photo Pit on the far Northside of the Airshow grounds right next to runways 9/27 and 23L/5R. The only drawback to this location is you will be shooting into the sun as the afternoon progresses. Willow Run also has an Observation Area on the West side of the field adjacent to runway 5L/23R that offers a perfect sun angle later in the day. The United States Navy Blue Angels with their Boeing FA-18 A, C, and D Model Hornets flew both a high and low demonstration with their usual precision. The practice on Friday was quite unique as they started flying a high show and transitioned in the middle to a low show. Fat Albert was not with the team due to the continuing safety stand down of United States Marine Corps KC-130 fleet. The Photo Pit is setup directly in front of taxiway Echo 1 which the Blue Angels used to enter and exit the ramp from. The Douglas C-47 Skytrain was this year’s theme aircraft with 7 airframes in attendance with 6 proudly wearing D-Day Invasion stripes that flew in the daily airshow. A World Record was set on Friday 9-1-17 for the number of Paratroopers dropped from D-Day Invasion Striped C-47’s. This unfortunately would be the only day they jumped as the winds were too strong the other 3 days. These aircraft including the following: 1943 built C-47A N345AB “W-7” owned by the National Warplane Museum. This aircraft was the lead ship of the 37th Troop Carrier Squadron that dropped elements of the 82nd Airborne Division on June 6th, 1944. 1942 built C-49J N87745, “Southern Cross” is owned by the Greatest Generation Aircraft. This aircraft served as a troop and cargo transport in World War II

1942 built C-47A N99FS owned by the Liberty Foundation. This aircraft was originally delivered to United States Army Air Force, but diverted to the Royal Air Force.

1945 built C-47D N8704,” Yankee Doodle Dandy” owned by the Yankee Air Museum. This aircraft was assigned to units in Texas, California, and Arizona. One of the biggest highlights was the Ultra rare Curtiss P-40B Tomahawk that made its airshow debut at Thunder. This P-40B serial 41-13297 is the only P-40B left in the world out of 131 produced. It was assigned to the 19th Pursuit Squadron at Wheeler Field Hawaii on December 7th, 1941. The aircraft was in a hanger undergoing maintenance at the time of the attack, it is possible this is why the aircraft survived. In 1942 the aircraft was returned to service and with only 56 hours on the air frame crashed tragically into a mountain killing the pilot on board. In 1985 the remains were discovered, with extreme care they were removed and the aircraft was restored back to flying status. This makes this P-40B the only surviving airworthy American fighter from that awful December day. The static line up brought some interesting aircraft which including another P-51 Mustang. N151BW a P-51D owned by Thomas Unguerean and named “Cripes A Mighty” has been meticulously restored and was very welcome to see. Several other Transports were on display this year including The Warriors and Warbirds 1945 vintage C-46F N74178 “Tinker Bell”. The United States Air Force had not even a year-old C-10J-30 tail number 45802 on display from the 314th Airlift Wing Little Rock AR. The Royal Canadian Air Force contributed 6-year-old CC-130J tail number 130610 from the 436 Transport Squadron CFB Trenton. This aircraft also flew in the airshow in Sunday and Monday. The Royal Canadian Air Force also had De Havilland CT-142 tail number 142804 from the 17th Wing Winnipeg on display. This 30-year-old converted Dash-8 airframe is used for navigation and radar training. The award for the largest and also longest traveled aircraft would go the 1-year old serial number 54+06 A-400M-180 Atlas of the Luftwaffe. This A-400 is based at Wunstorf Germany and is assigned to Air Transport Wing 62, this was the first visit to a North American airshow for a Luftwaffe A-400M.

Despite varying weather conditions to cold and windy to overcast and very warm this was a perfect way to spend a long holiday weekend. If you have never been to Thunder, I highly recommend this show as few airports have the variety that Ypsilanti has. Until next time, “Blue Skies to all!” 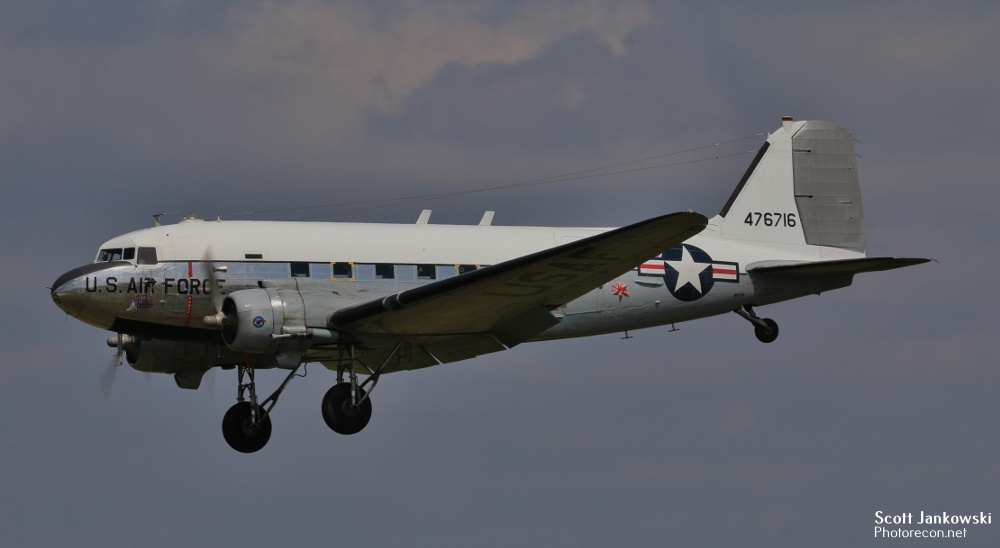 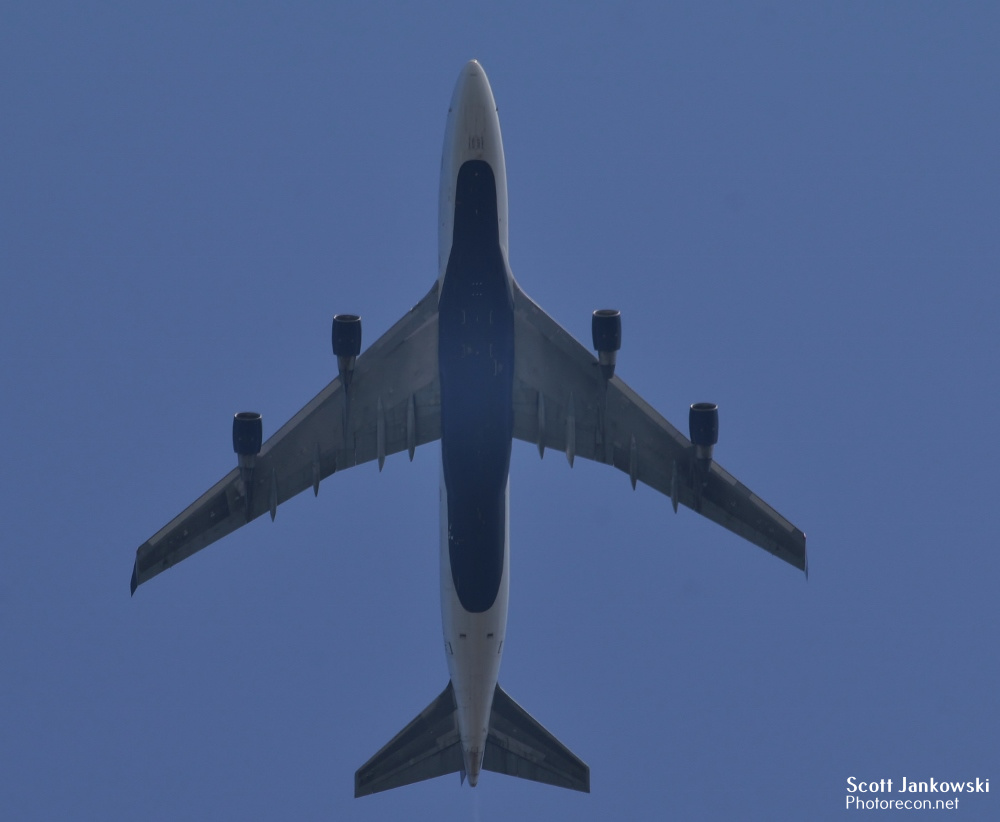 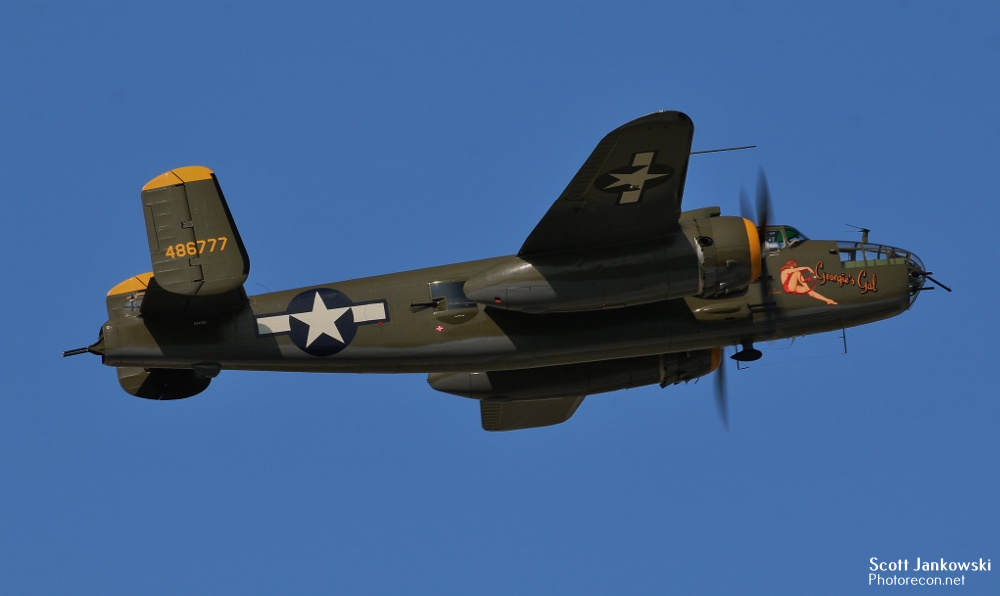 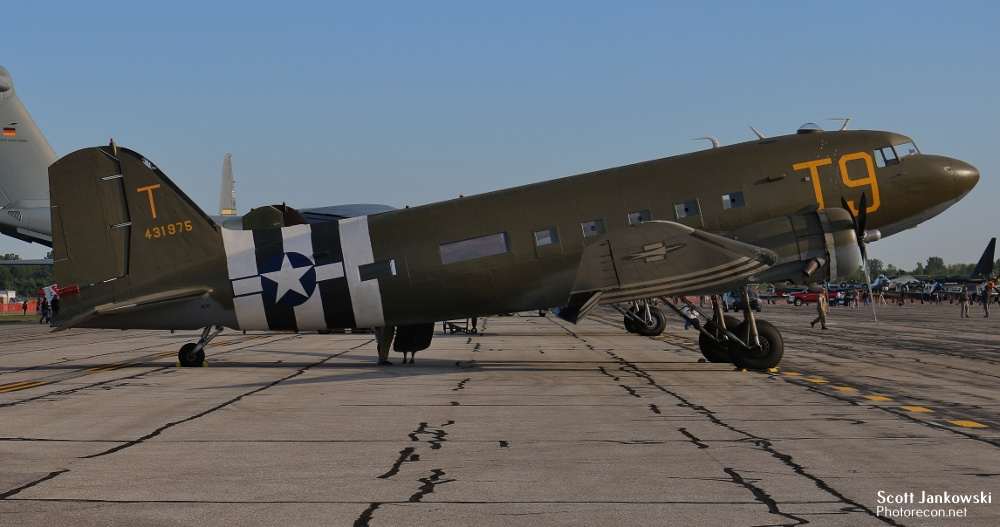 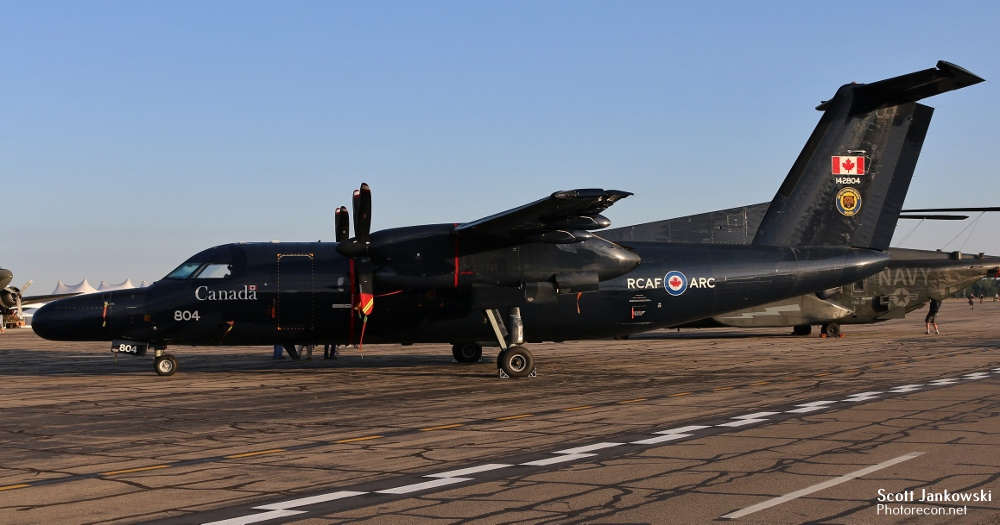 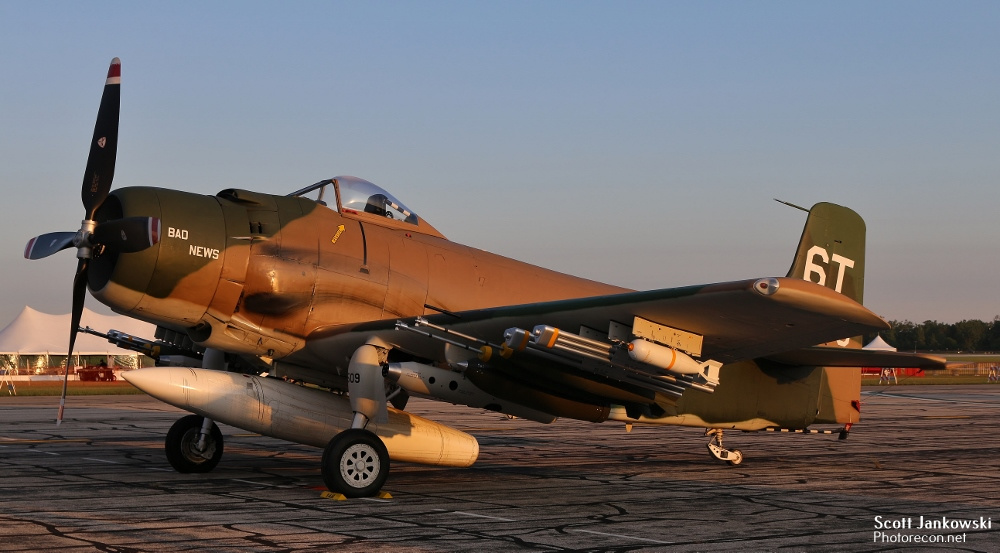 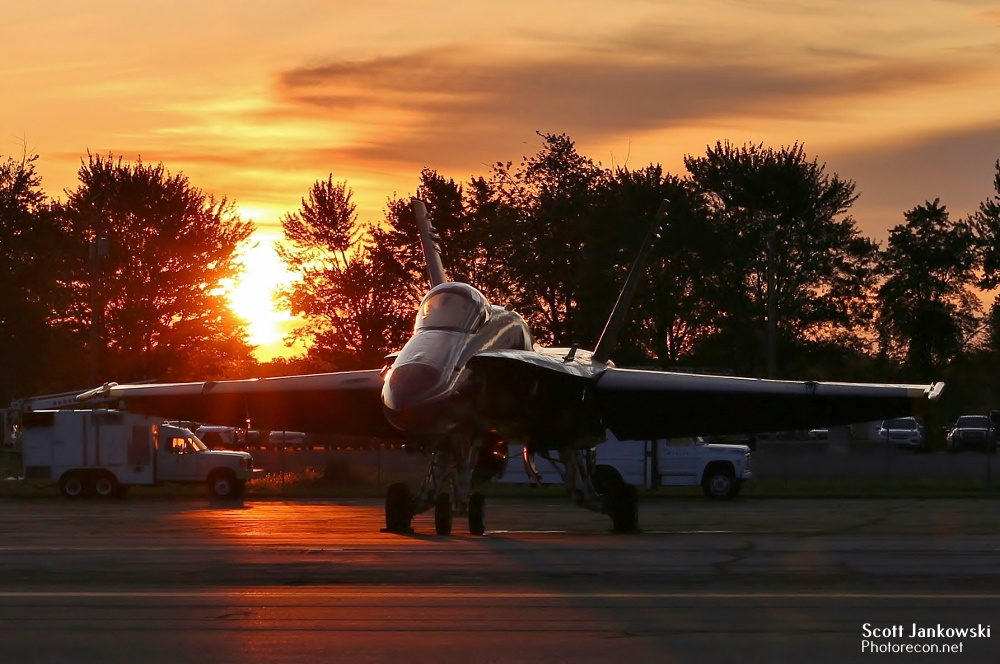 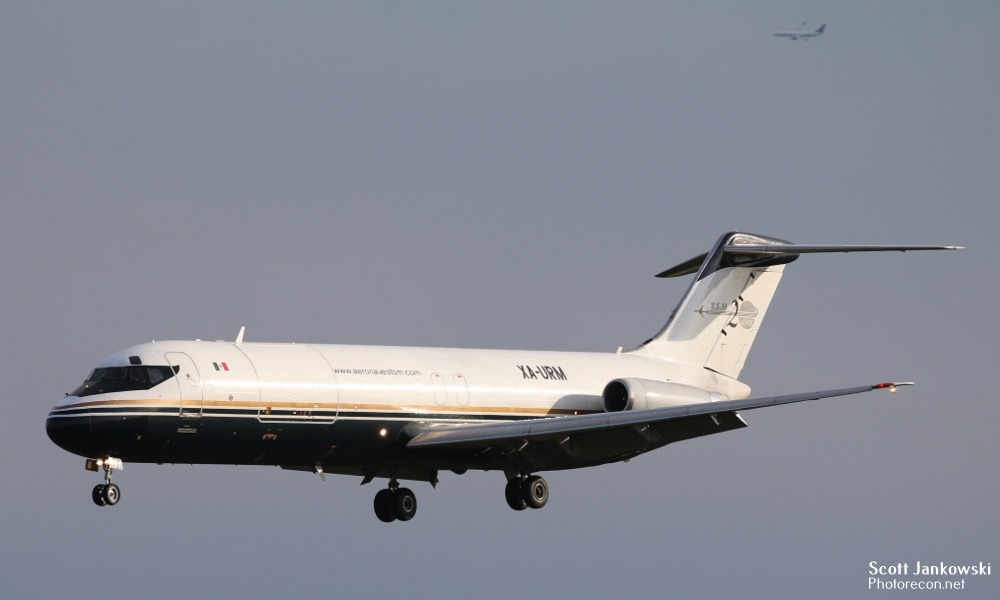 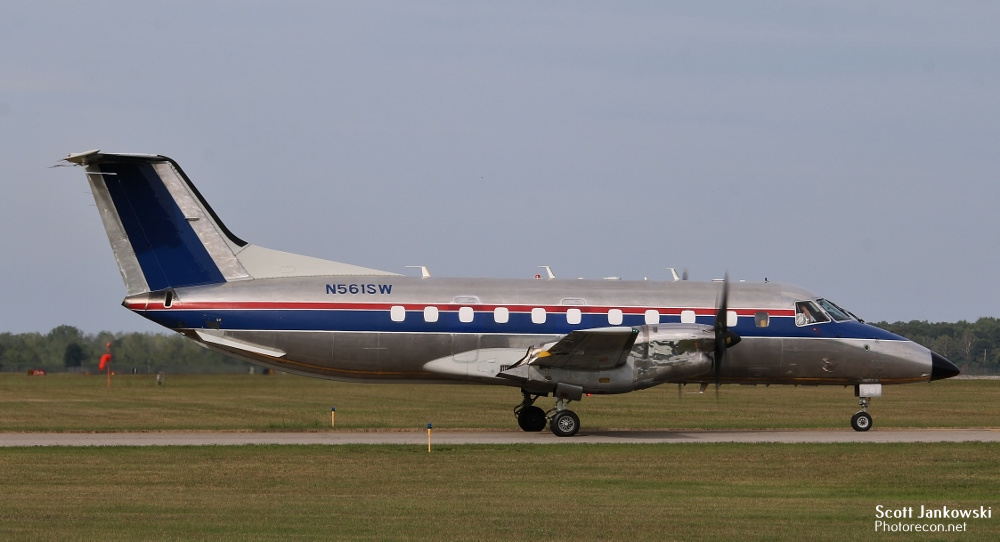 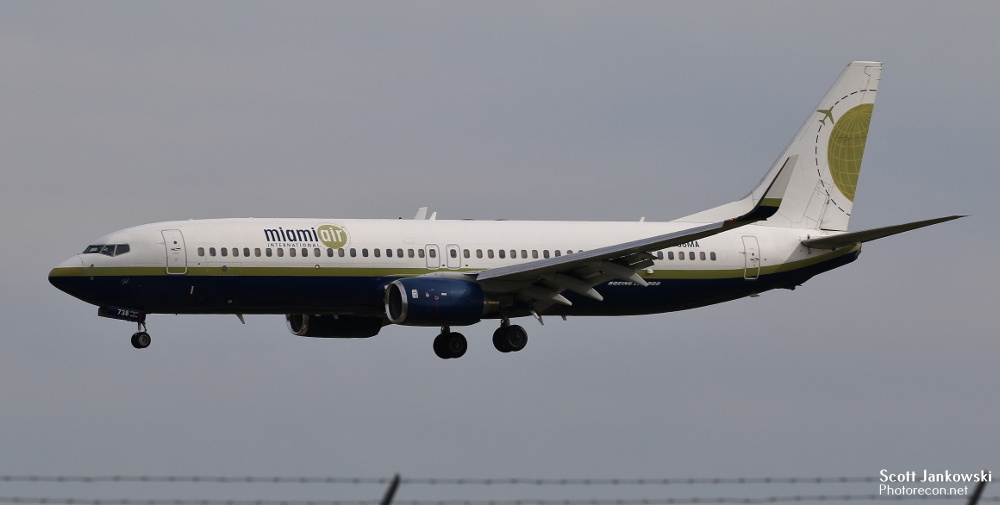 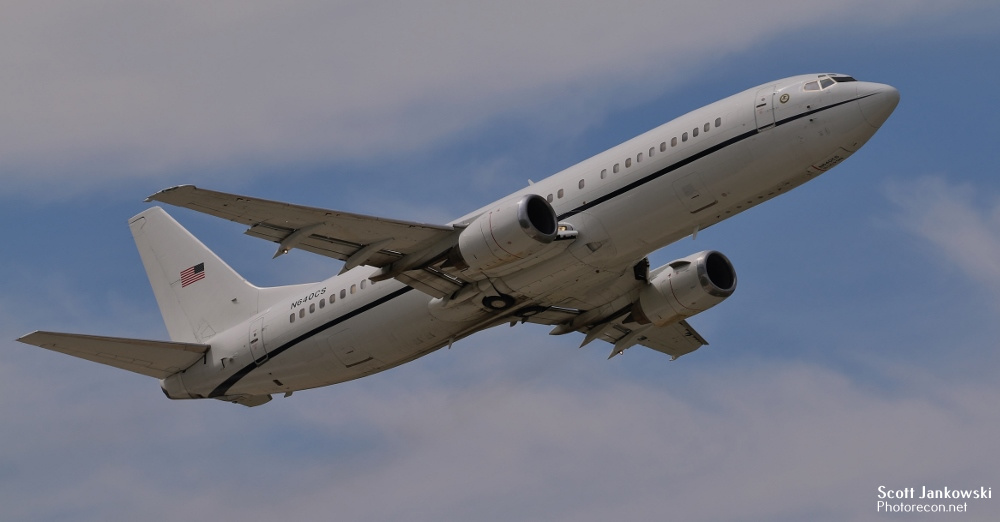 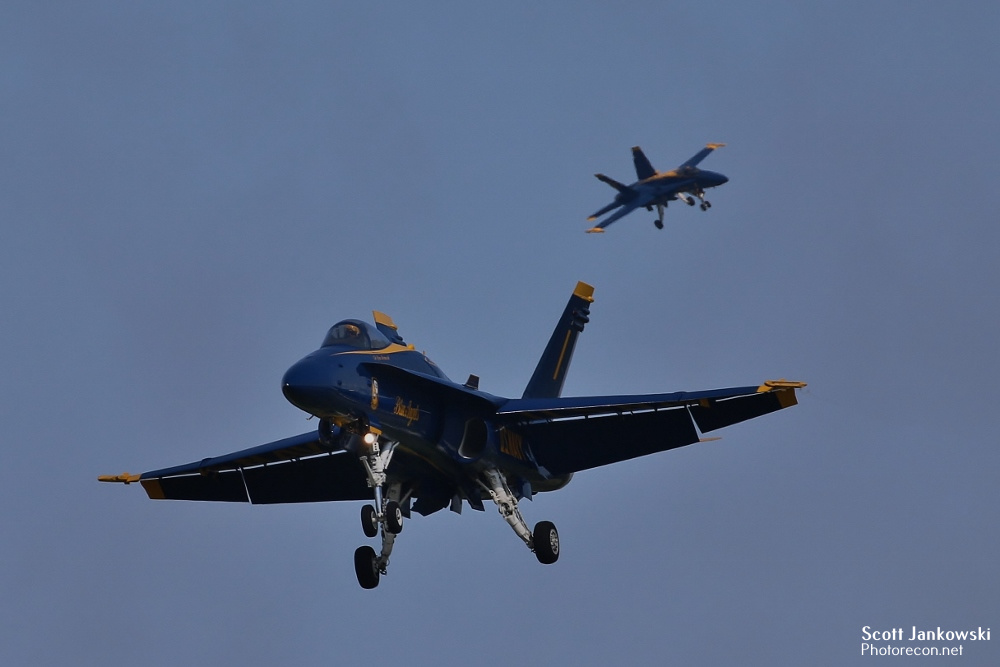 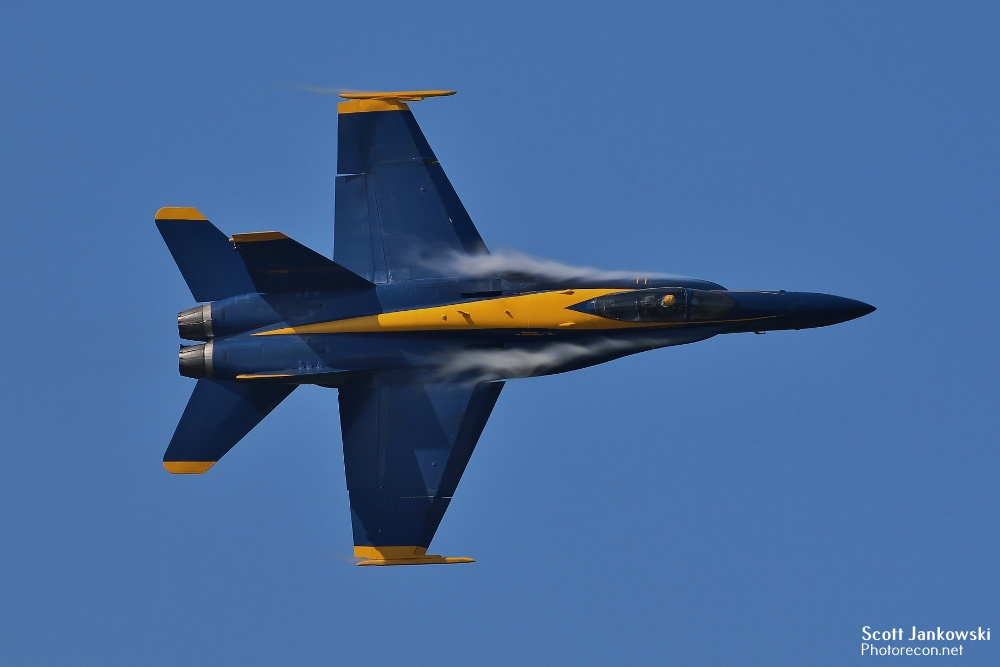 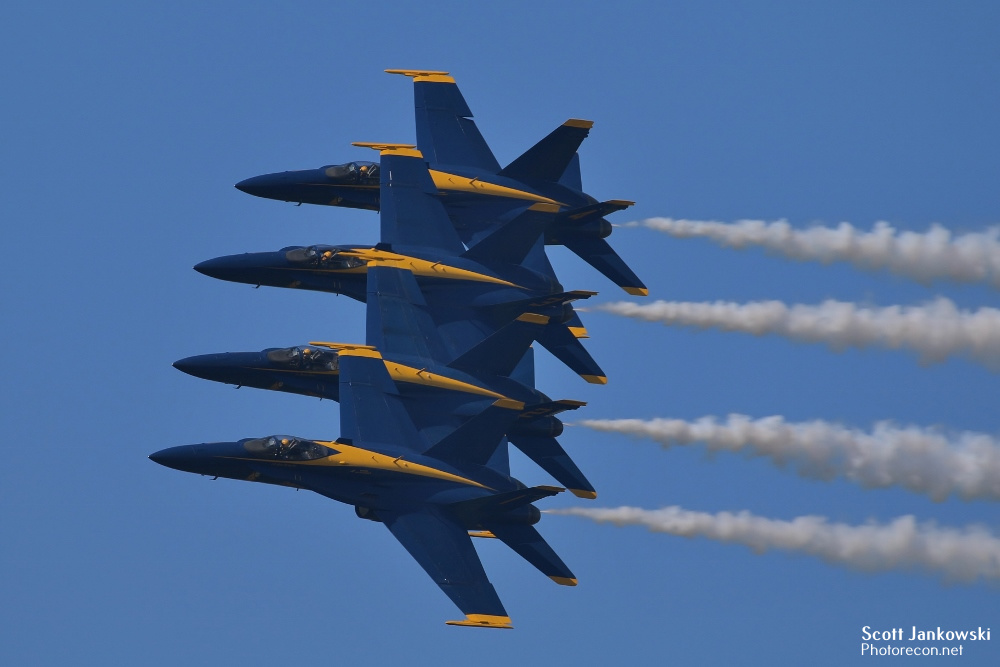 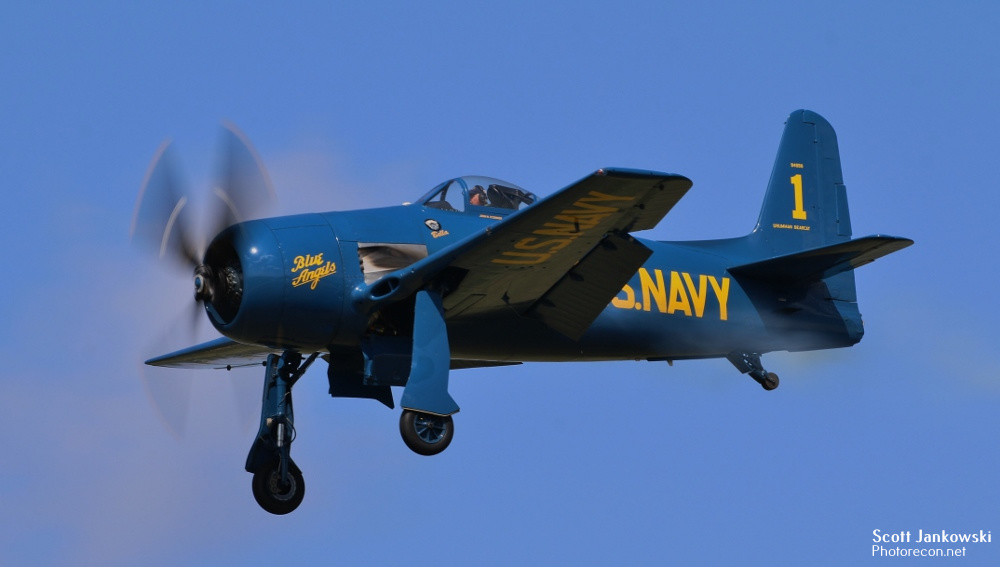 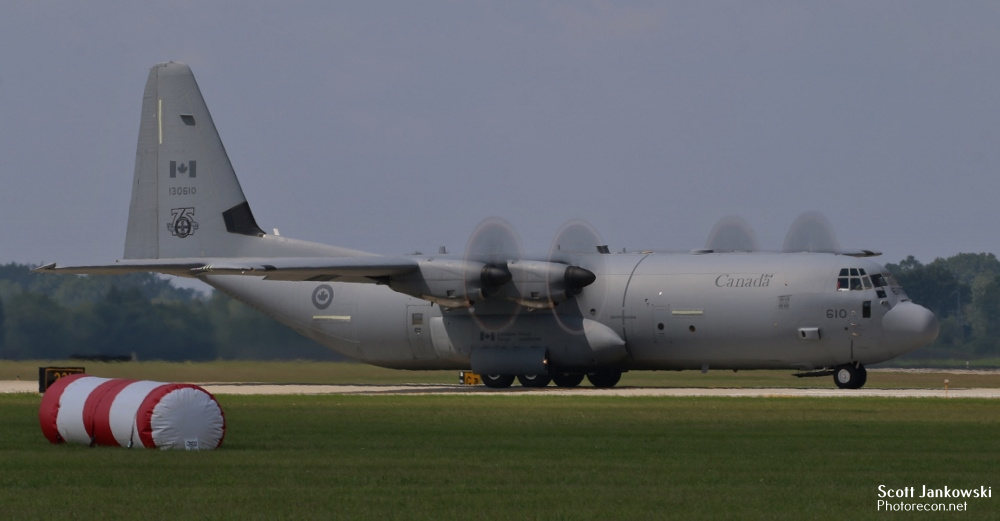 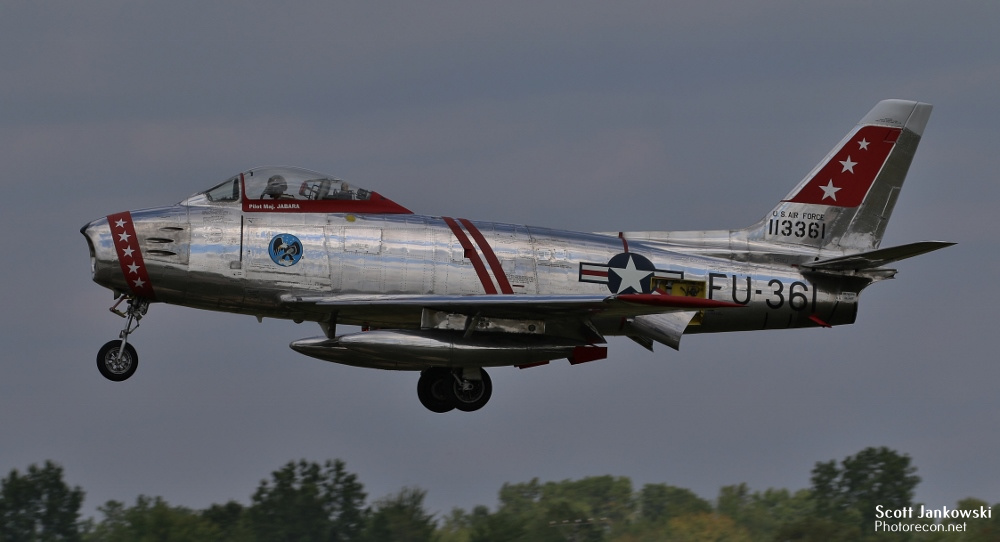 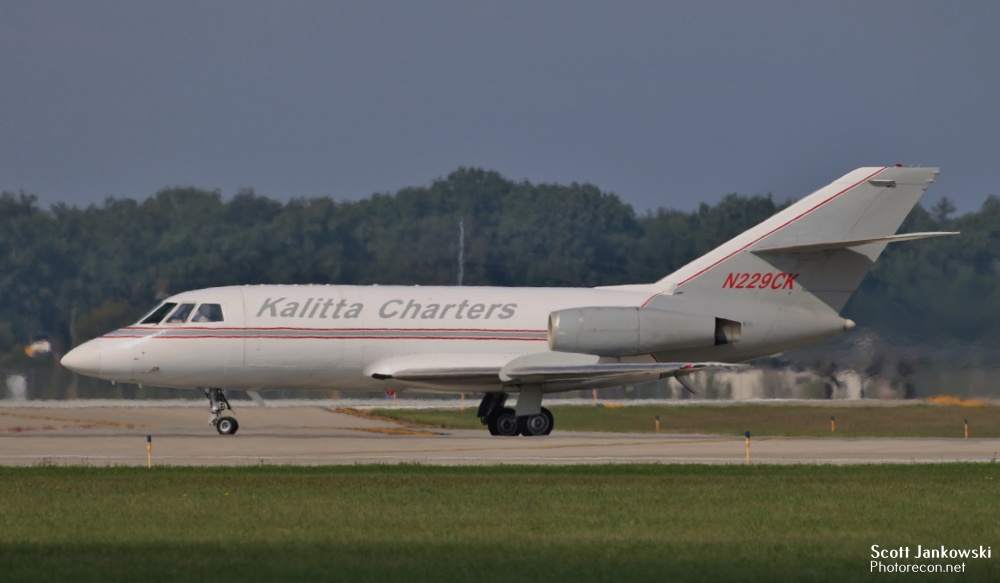