Air shows are a driving force behind the public’s interest in aviation. I’ve chosen a handful of long-running events to preview in 2017, and offer some of the venues’ history too.

On May 20 – 21, 2017, the Rhode Island National Guard (RING) Open House and Air Show will unfold in front of about one hundred thousand people, as it has done so for twenty-six previous years. The National Guard opens its doors at the Quonset State Airport, where the Air National Guard’s 143rd Airlift Wing C-130s and the Army National Guard’s 1/126 Aviation UH-60s are based.

Over the years, aviation enthusiasts have flocked to Quonset, whose venue allows spectators to view the departing and arriving aircraft delightfully close to the taxiway and runway, due to the configuration of the airport. Flying programs have always had cutting edge presentations, whether they be military, civilian, or warbird aircraft. The Thunderbirds, Blue Angels and CAF Snowbirds are regular performers, and the British Red Arrows have performed a few years ago too. Top civilian performers such as Sean D. Tucker, Julie Clark and John Klatt have joined local heroes Rob Holland and Michael Goulian, entertaining the enthusiastic crowds. Warbirds from the Collings Foundation, Air Force Heritage and Navy Legacy flights, and local solo aircraft such as Mark Murphy in his P-51 “Never Miss” also fortify the flying display. The “combined arms” display put on by the RING includes at least the home field C-130s and UH-60s, ground troops and vehicles, and visiting players have been choreographed into past shows during the simulated airfield attack too, such as A-10 attack jets. Complete with pyrotechnics, parachute drops, and bland gunfire, the simulation attracts quite a following.

On the ground, a group of well restored museum warbirds from the Quonset Air Museum have been staples, but since the Museum has fallen on hard times (their hangar suffered structural failure a few years ago), their status is not known at the time this is being written. Static military aircraft usually include examples of home-based aircraft, and the nearby Naval War College draws a few Navy aircraft each show. Air Force bombers, fighters and trainers can be expected every year too. Coast Guard and Civil Air Patrol displays are common. Other ground-based military units and local civilian organizations display aircraft, vehicles, and other items of interest too.

The 2017 show features the Canadian Forces Snowbirds, Randy Ball in a MiG-17. Mark Murphy in his P-51, and civilians Mike Goulian, Rob Holland, and Sean D. Tucker, as well as the SOCOM Parachute Team and the Shockwave Jet Truck. The C-130 and UH-60s will again present a Combined Arms Demonstration too, and from what we’ve heard, more attractions may be added soon! 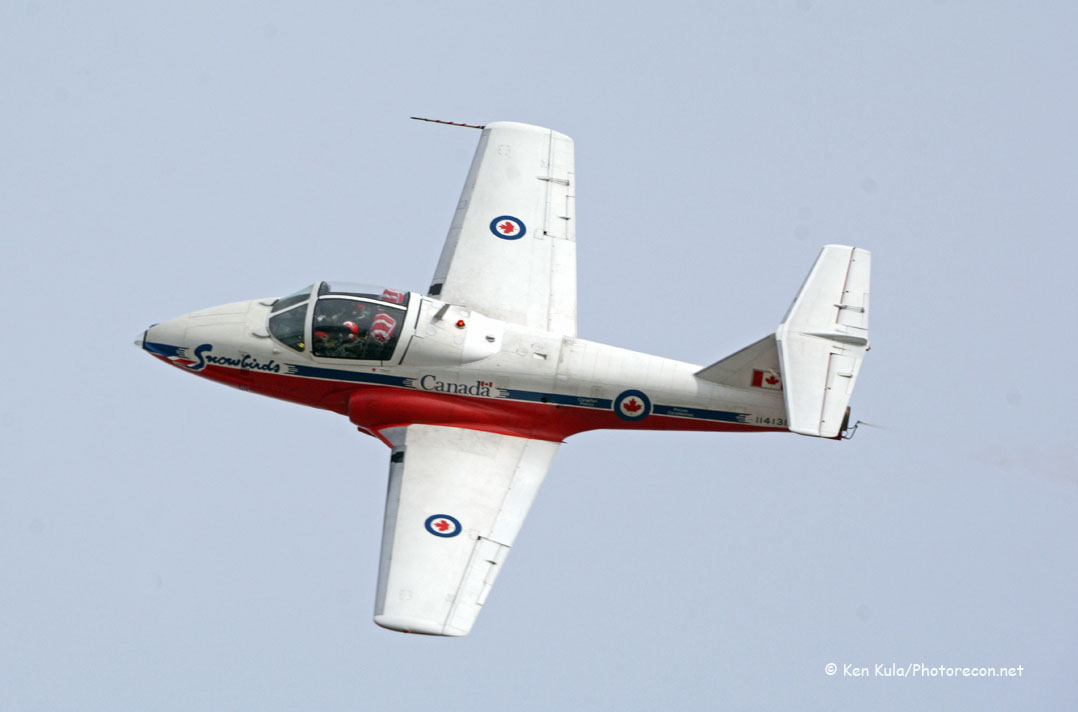 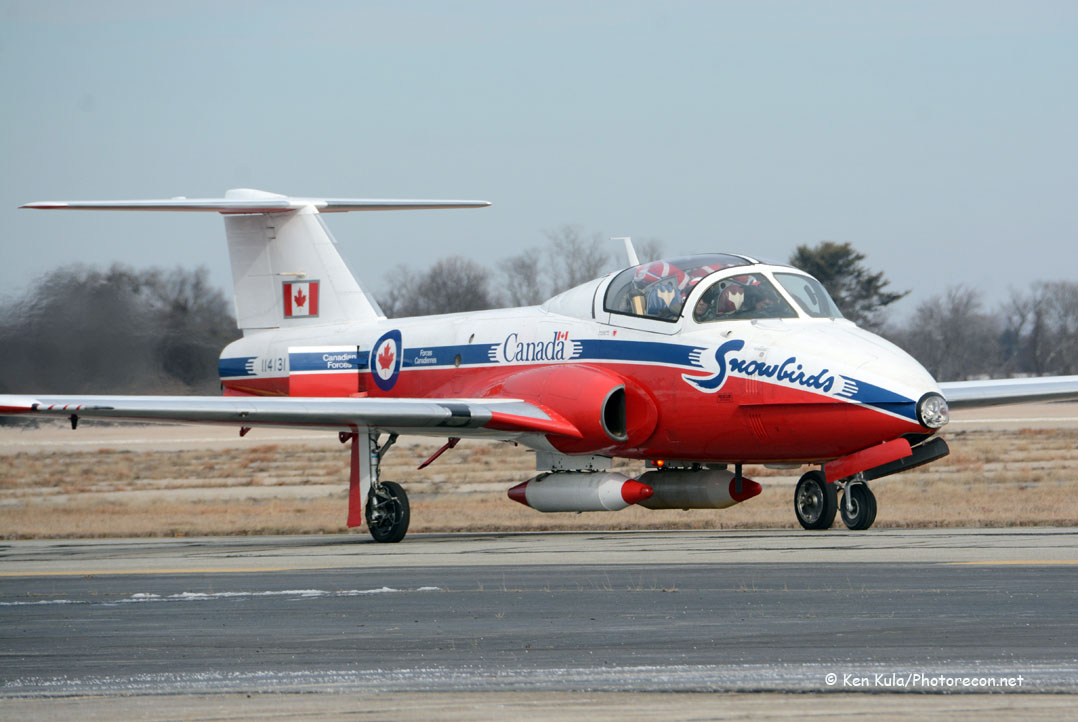 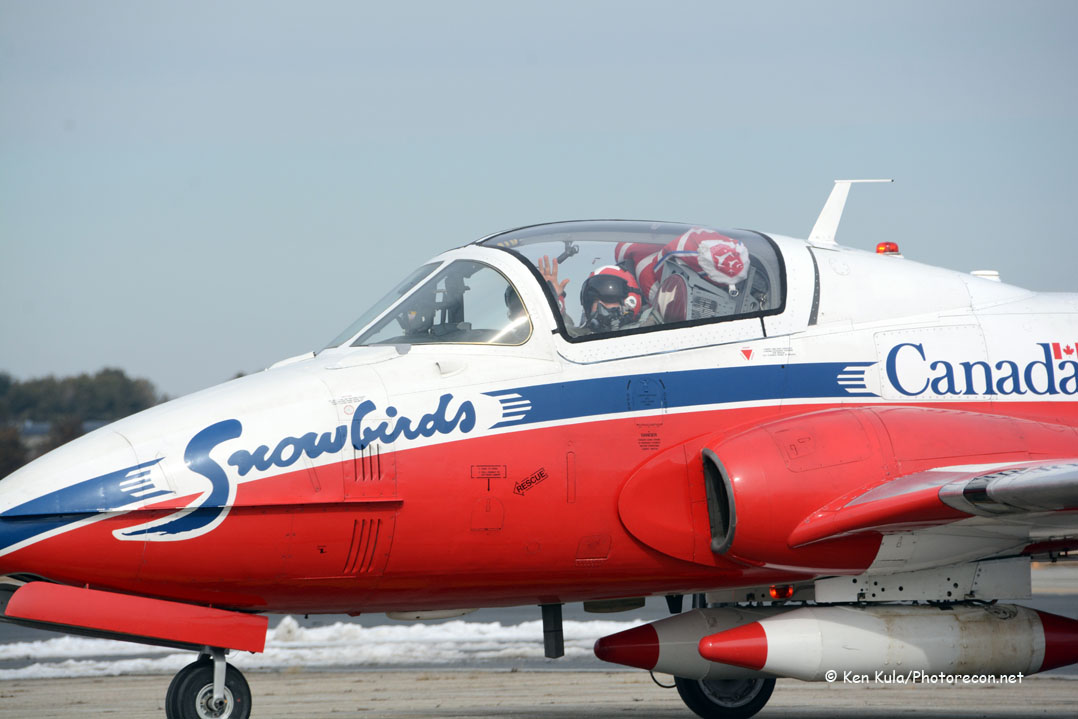 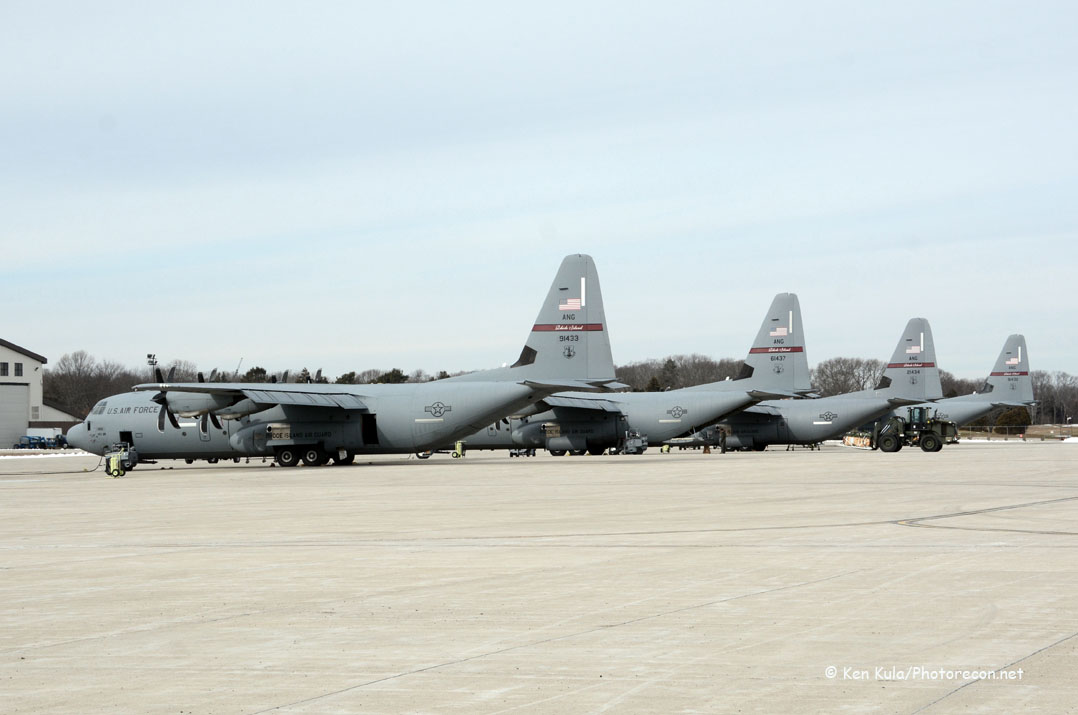 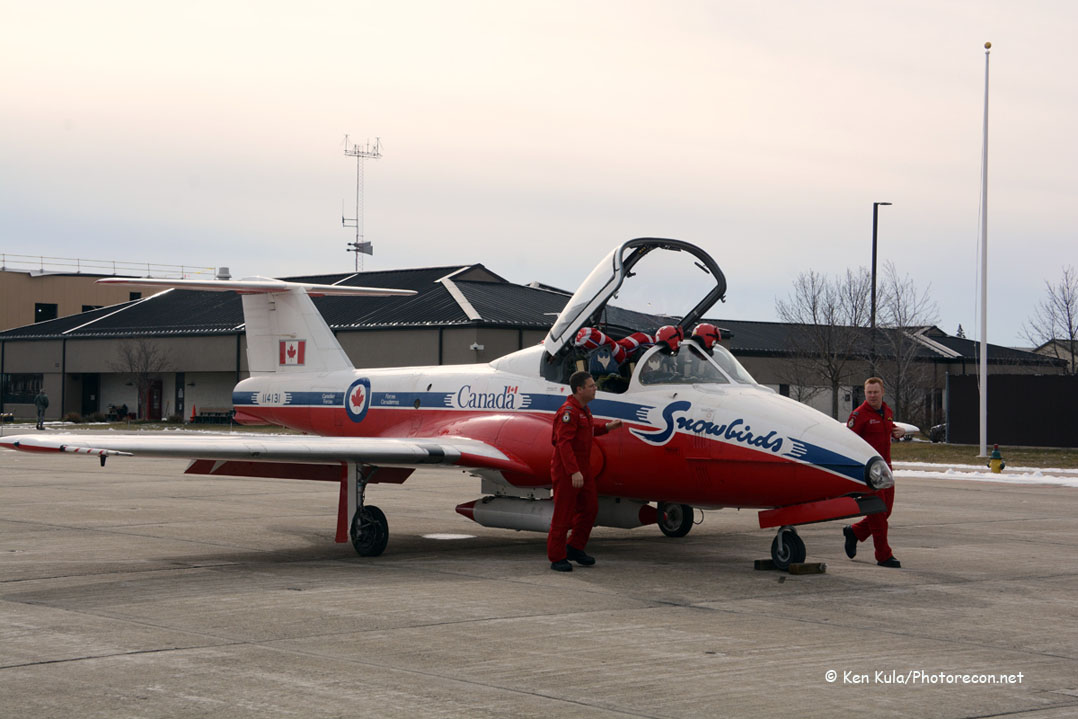 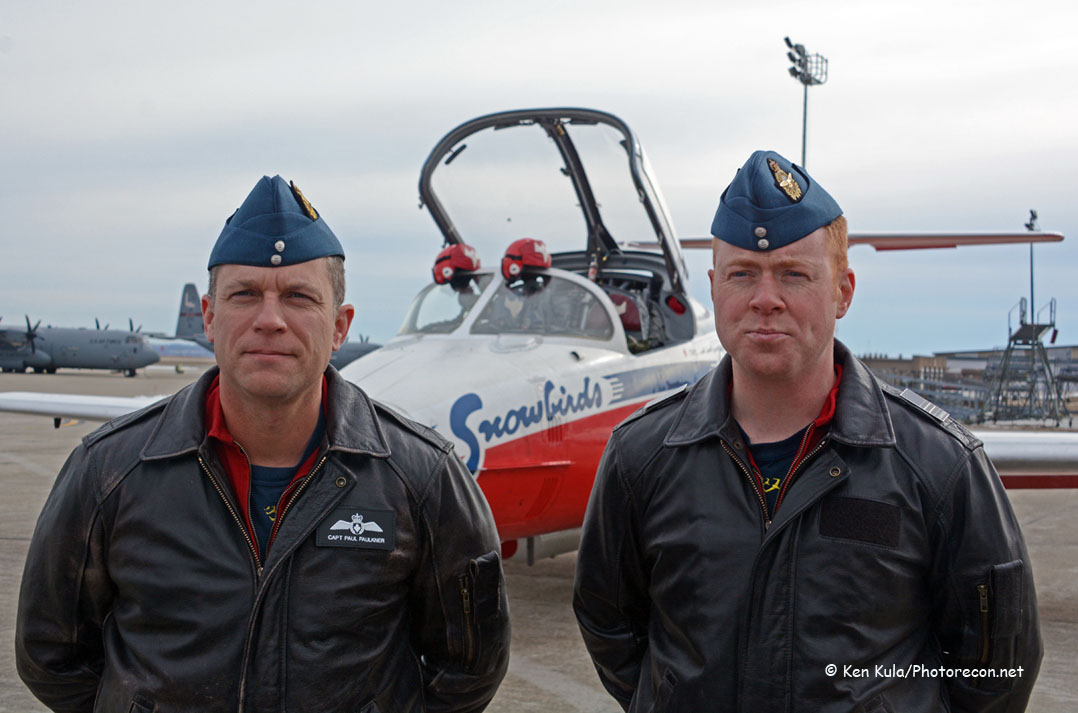 Snowbird #10, Capt Blake McNaughton and Snowbird #11, Capt. Paul Faulkner stopped into Quonset State Airport (RI) for a pre-air show meeting with the organizers on Friday, February 3, 2017. They took a few moments after landing and spoke to a few of us planeside too. This year (2017) is Canada’s 150th Anniversary of the Confederation, and the Snowbirds have 65+ shows/flypasts to perform during this year’s season. They are looking forward to returning to the RING Open House Air Show after their last performance in 2015, although they’ve graced the Rhode Island skies before that too.

When asked about special markings or show maneuvers, they answered to watch for a 150th anniversary commemorative marking on their tails later this year, as well as a specially painted CT-114 making the rounds (not sure if it’ll make it to the OQU show though…). The Snowbirds are the main user of what is left of Canada’s once-large CT-114 Tutor fleet.

Another two notes of interest… if you’ve seen the Snowbirds recently, you won’t be bored seeing them again this year at Quonset. That’s because the entire routine – both in the air and over the sound system, is changed from year to year. Their display is a graceful ballet of up to nine jets in formation; the aerial maneuvers are suggested and agreed upon by the whole team early in the training season. Capt. Faulkner “is this year’s D.J.” said Capt. McNaughton; input about the musical scores that the show is choreographed with is taken from the entire team, and even from non-team members… so if you have a favorite tune that you think the Snowbirds can maneuver to during their flying display, let them know soon!

Although entrance to the show is free, a per-car parking donation has allowed the National Guard Association of Rhode Island (a non-government group) to make large donations to local charities over the years, including about $1.7 million to the Hasbro Children’s Hospital of nearby Providence!