The Collings Foundation’s annual Battle For the Airfield took place during an early Autumn weekend in Stow, Massachusetts, less than an hour’s drive west of the city of Boston. There were some new wrinkles and some old traditions in this year’s reenactment shows of a World War II battle.

First, some of the “new” items… the Collings Foundation has built and opened their new main entrance road to the Museum off of Main Street in the town of Hudson. For a number of years in the past, the Foundation was at odds with the town of Stow, which even forced cessation of flying from the Museum’s grass airfield one year. Mid way through 2017, an agreement was ironed out between Stow and the Foundation for the access road and the new American Heritage Museum. The 65,000 square foot Heritage Museum will house the country’s largest armor collection, according to Museum officials in several interviews. The current Museum building, which houses autos, aircraft and other items of the collection will remain active too. The main storyline is of an Allied ground attack on a German airfield during the latter stages of World War II. Armor and other military vehicles and weapons are drawn from the Museum’s collection, and from private reenactment groups. Over two dozen vehicles and larger guns are displayed during the four shows each weekend – a morning and an afternoon event each day. Pyrotechnic charges and blank gun rounds are used for realism. A few new-to-the-event vehicles were used, as was a slightly different script from last year’s event. As far as the “old”, aviation was well represented throughout the day, as rides in three different types of aircraft were available (for a price). The Collings Foundation operates a German-built Feisler Fi-156 “Storch” observation plane, which operates comfortably off of the turf runway, during the reenactment. Rides are offered in it before and after the reenactment shows too. A pair of Boeing PT-17 Kaydets, one of which was actually used to train some of the Tuskegee Airmen, also offered rides. The third aircraft type is a Korean War-vintage AT-6 “Mosquito” FAC aircraft, a version of the North American T-6 Texan. During the morning on Saturday, all four of these planes were active, with happy passengers smiling from the back seats.

The setting, alongside of the Assabet River, was picturesque, with early autumnal colors mixed into the trees on the far side of the runway/stage. The intensity of the reenactment was a lesson in courage and determination that our forefathers showed during the Second World War. Interacting with the reenactors revealed the human sides of both sides – Axis and Allied – equally. Each day, the script is run twice with the same results, a morning and afternoon battle is recreated. To see the outcome, one has to spend part of both Saturday and Sunday to see the whole story unfold.

As is the case of the Collings Foundation, “living history” is an important feature of their mission, and although I wasn’t born anywhere near the World War II years, their presentation paralleled some of the stories that my father told me about his memories as a child during the war. The Battle is a great opportunity to see and hear what the conflict was like seven decades ago. And the new American Heritage Museum and the current Collings Foundation Museum in Stow Mass. will continue to display that heritage in an interactive way. 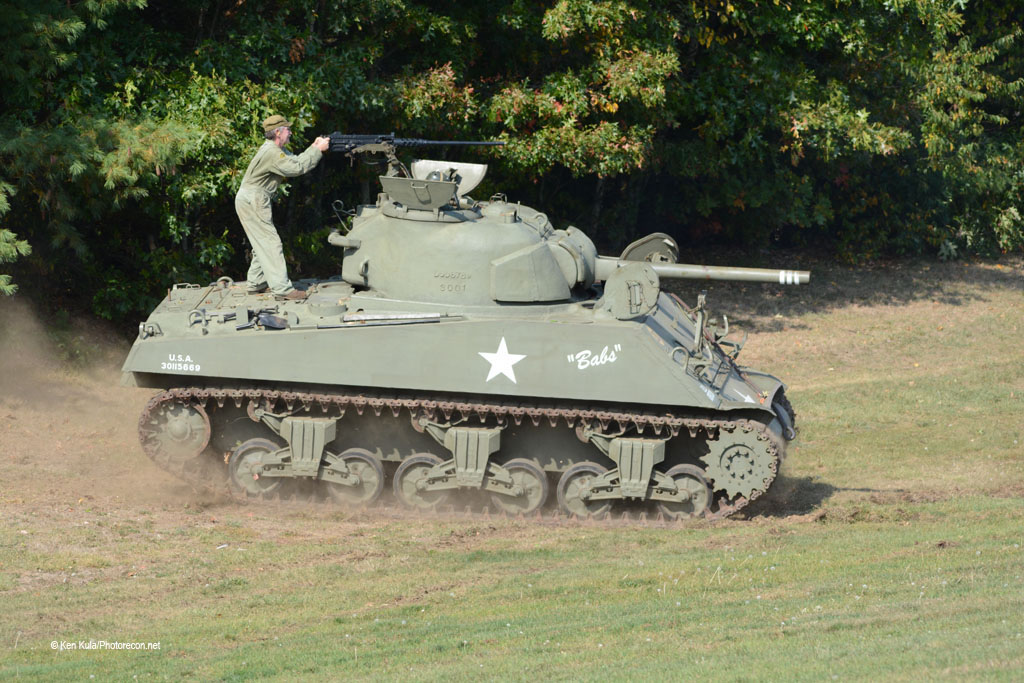 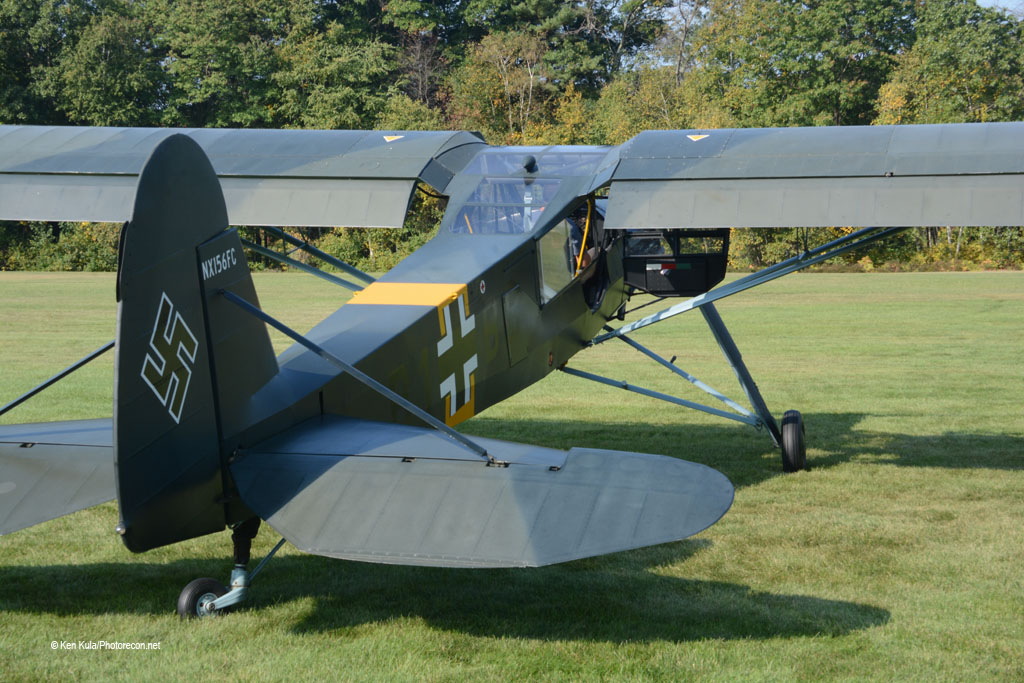 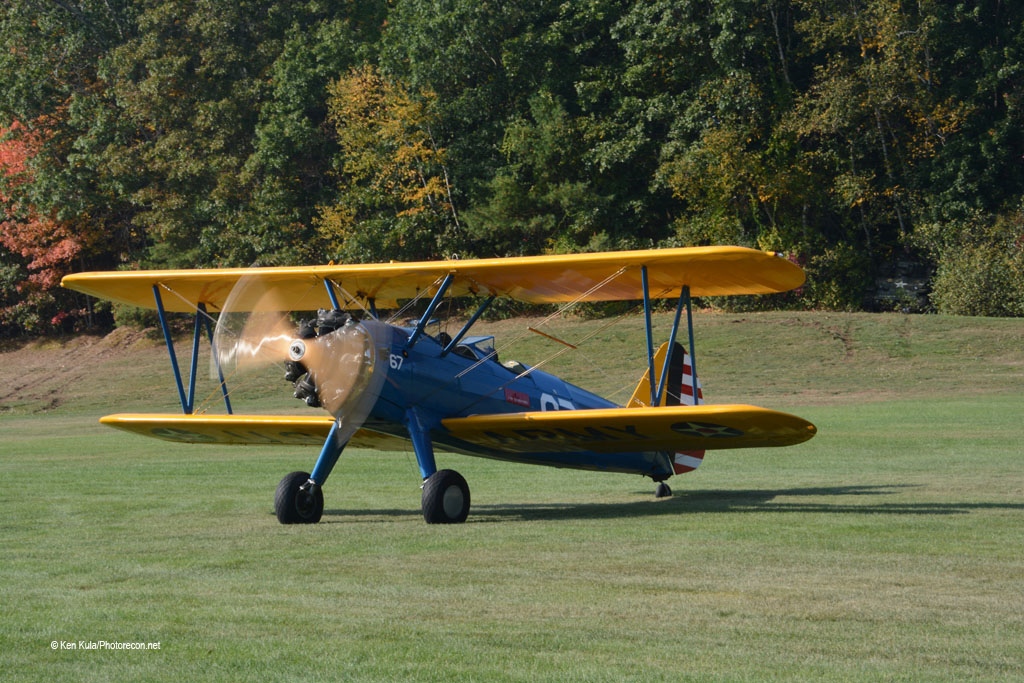 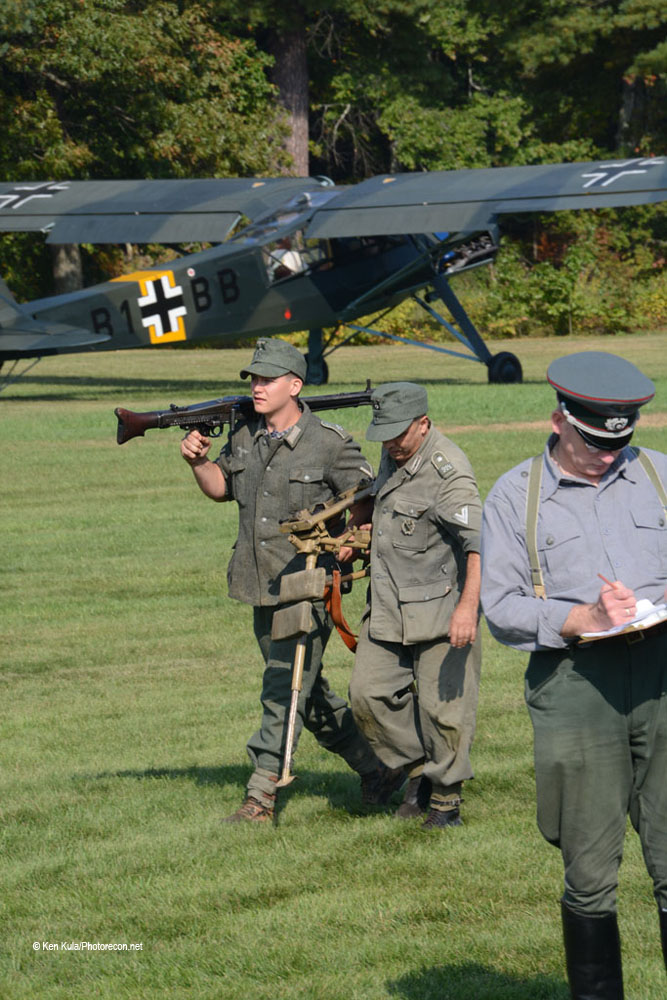 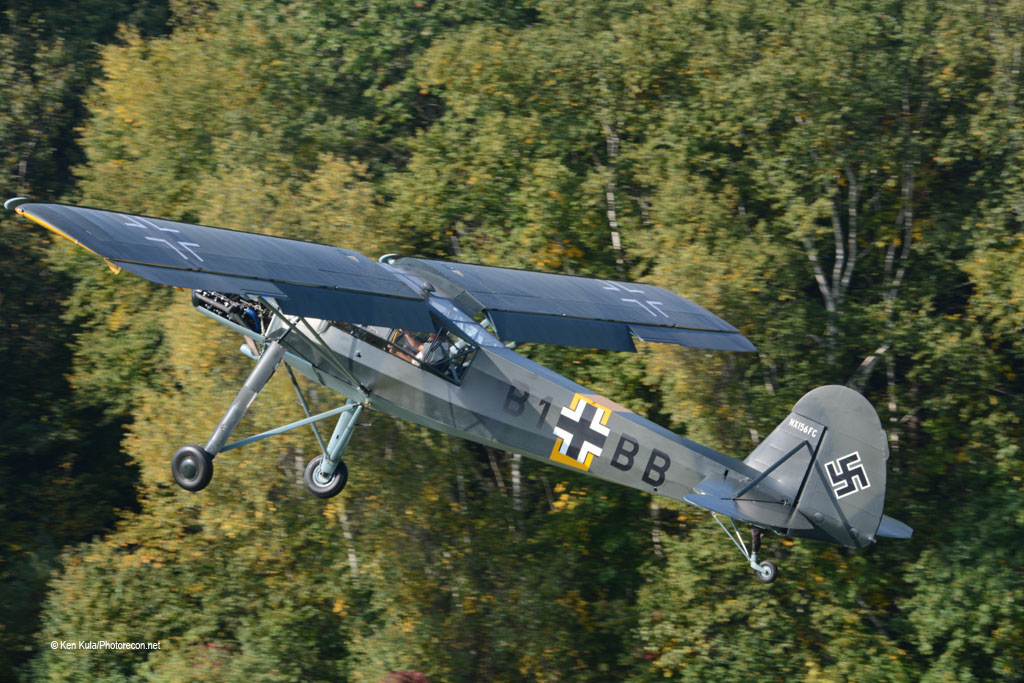 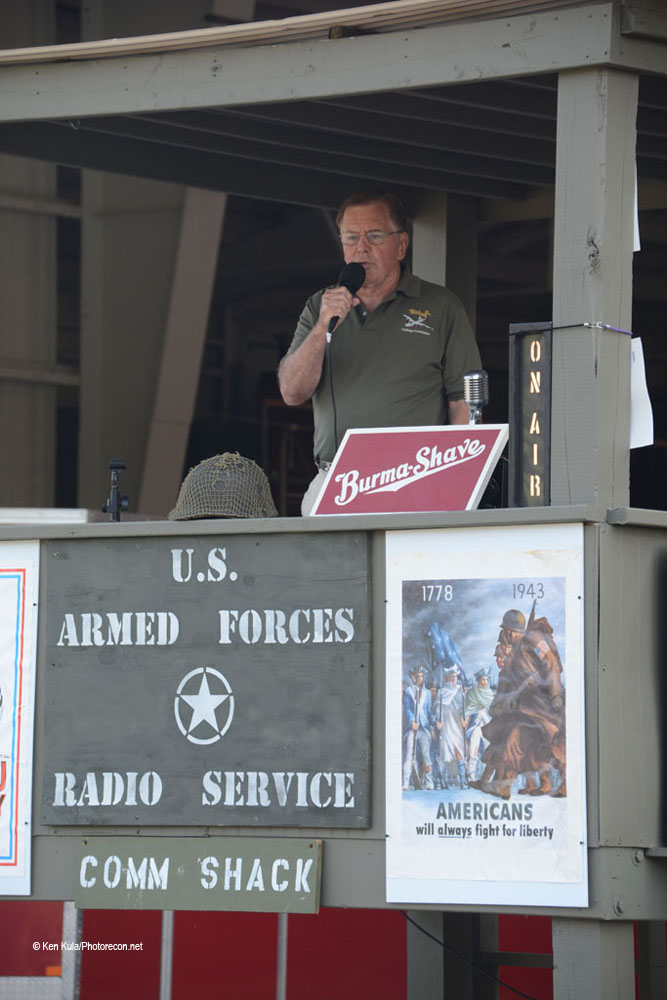 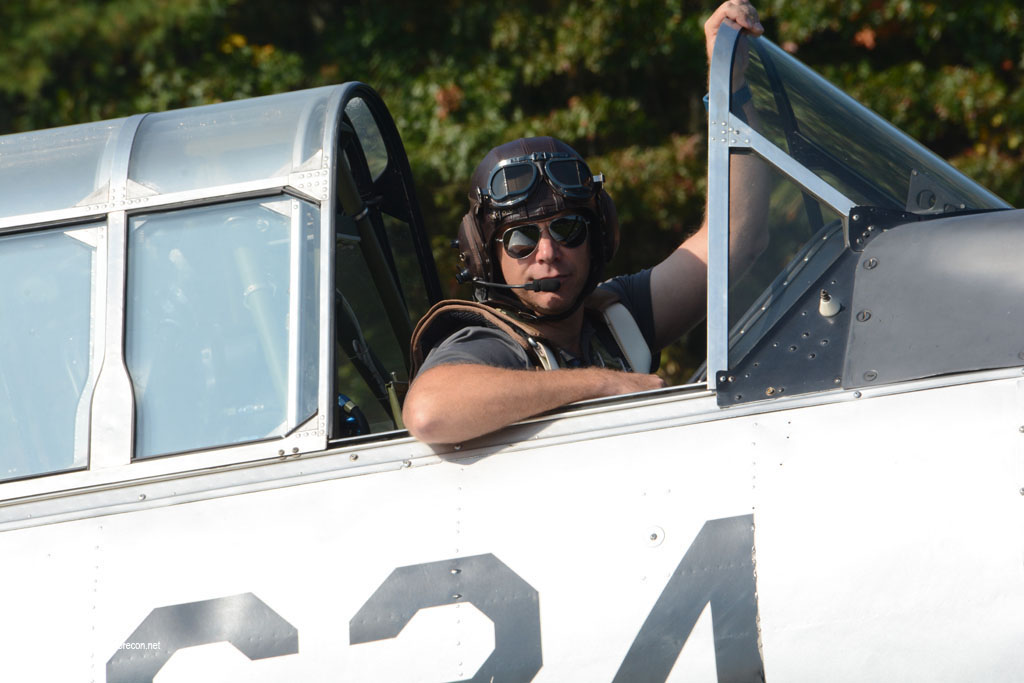 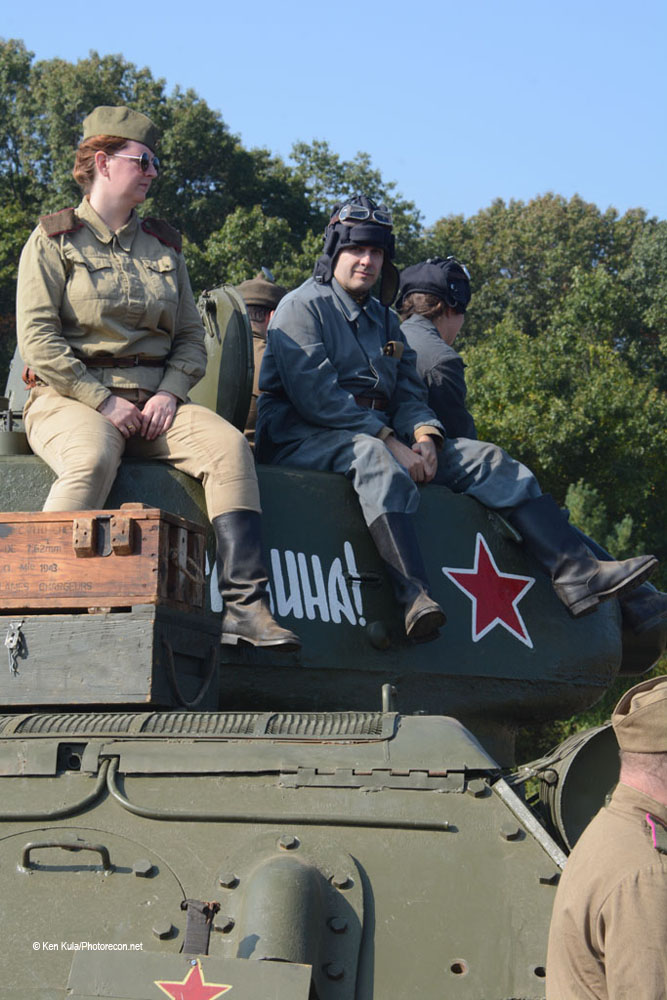 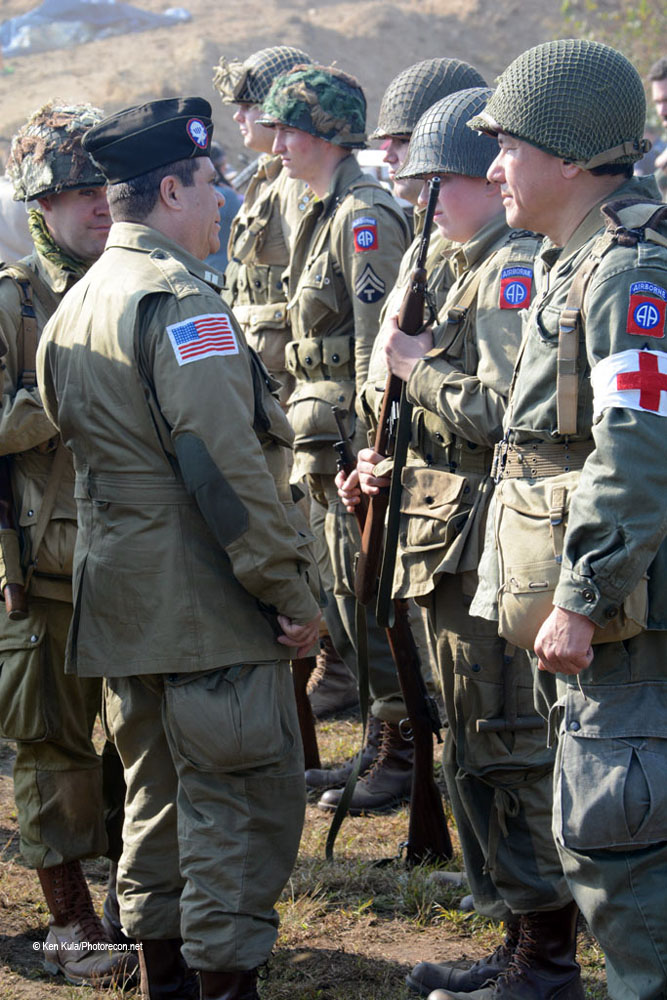 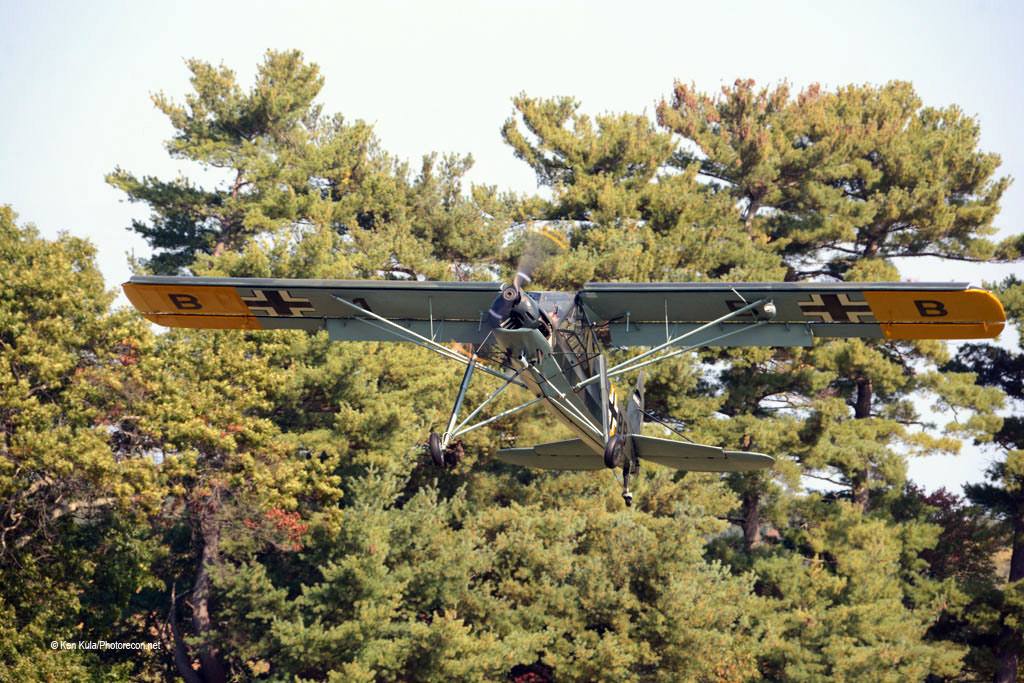 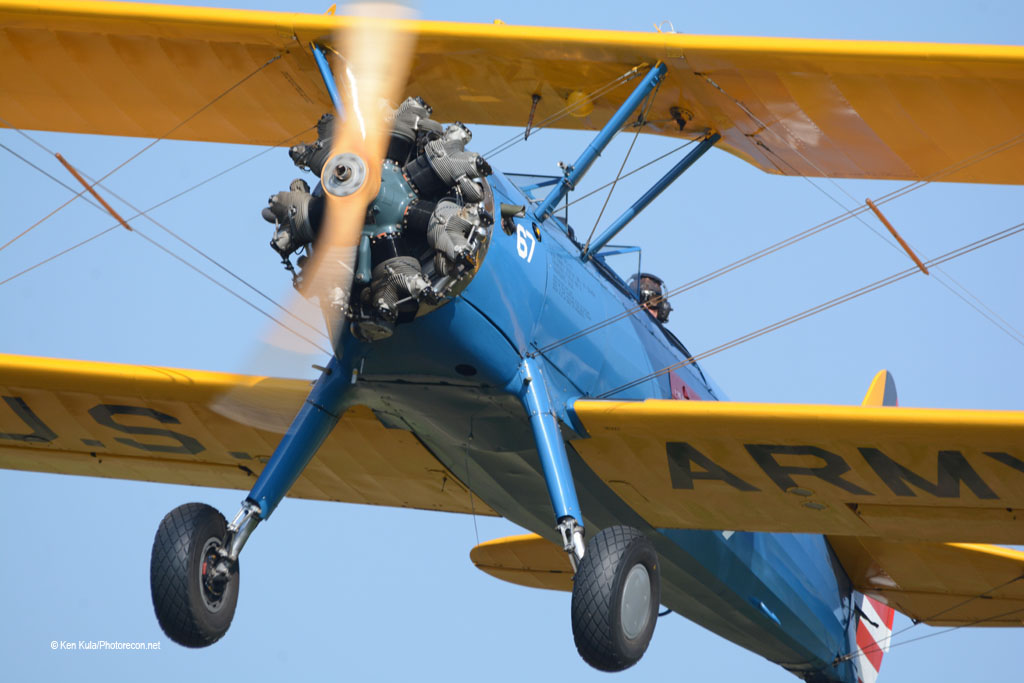 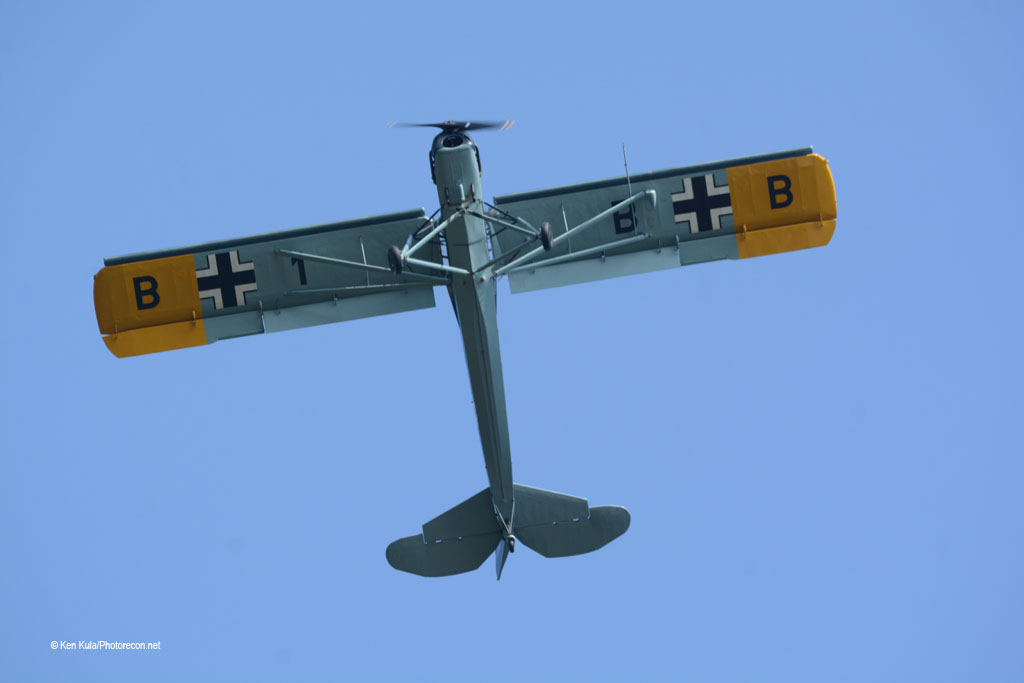 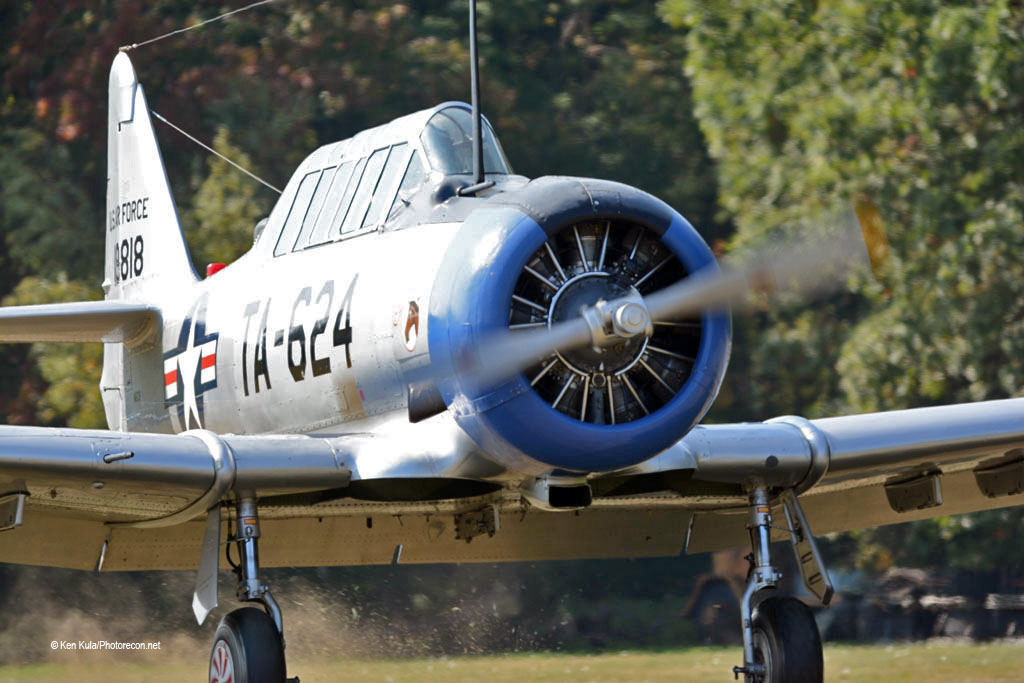 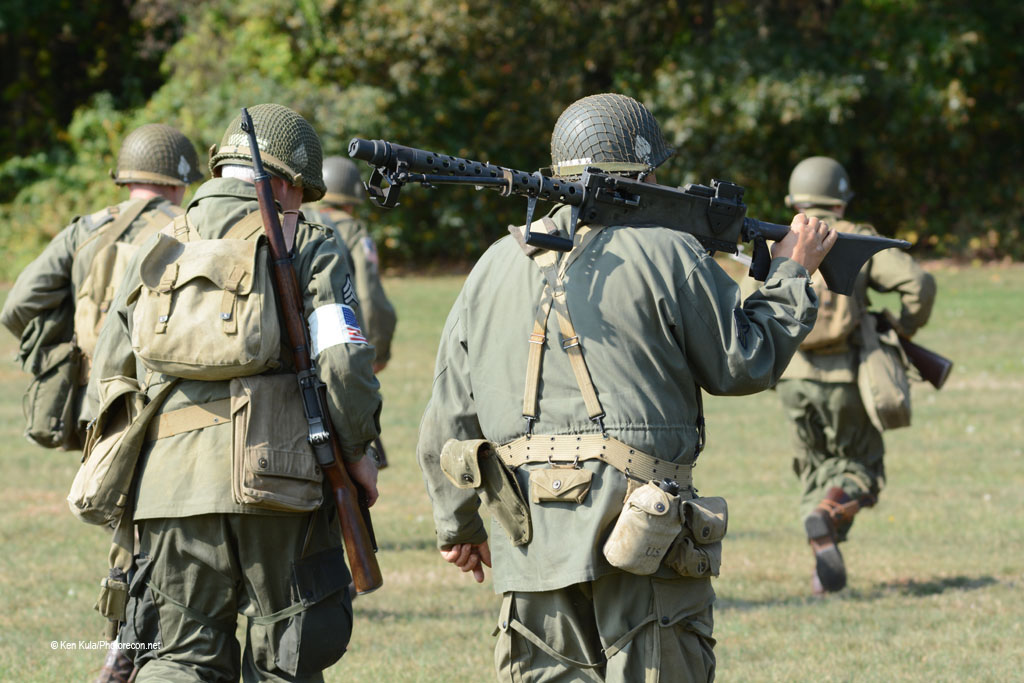 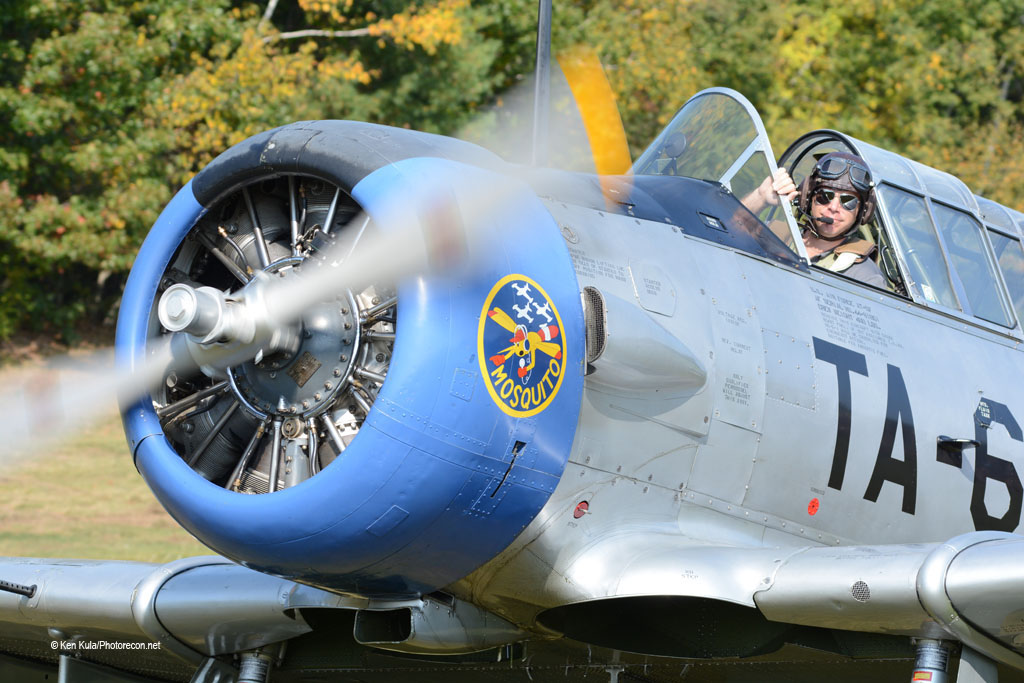 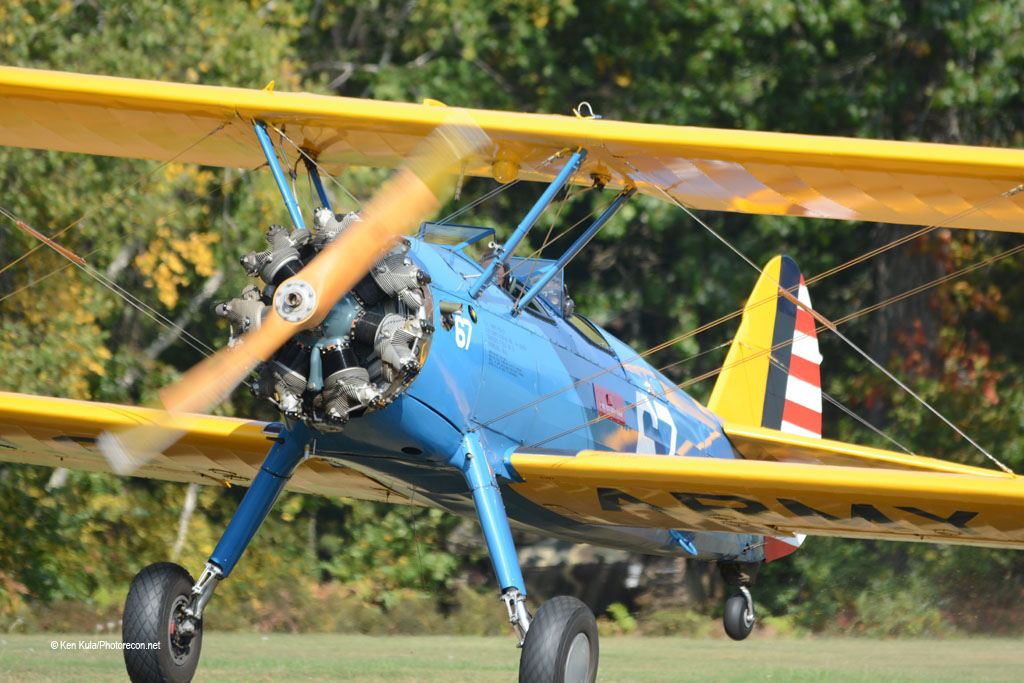 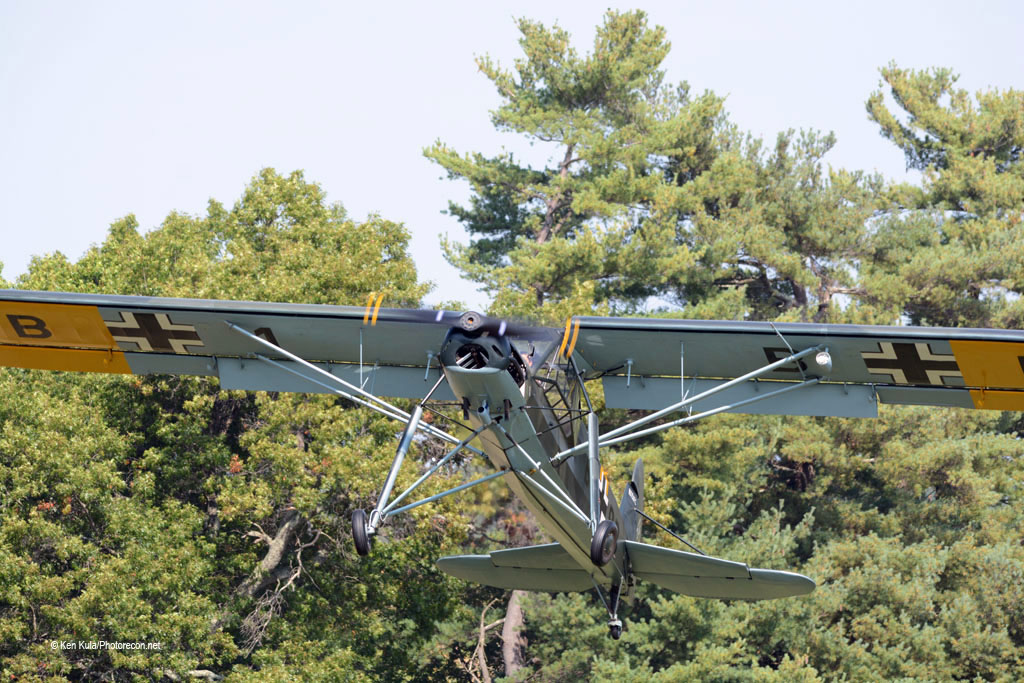 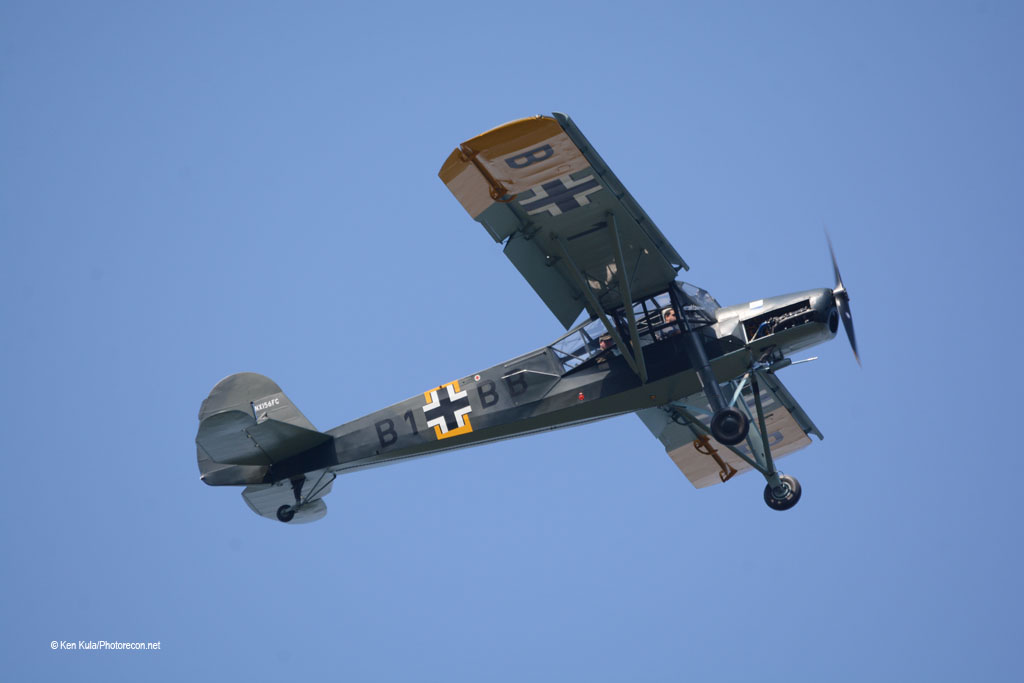 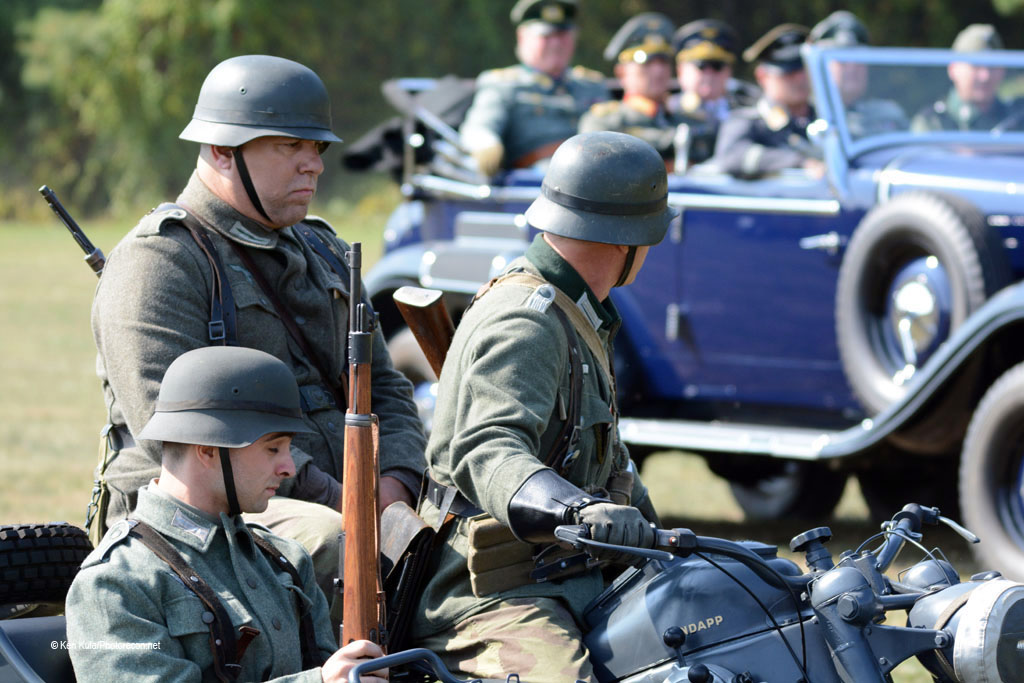 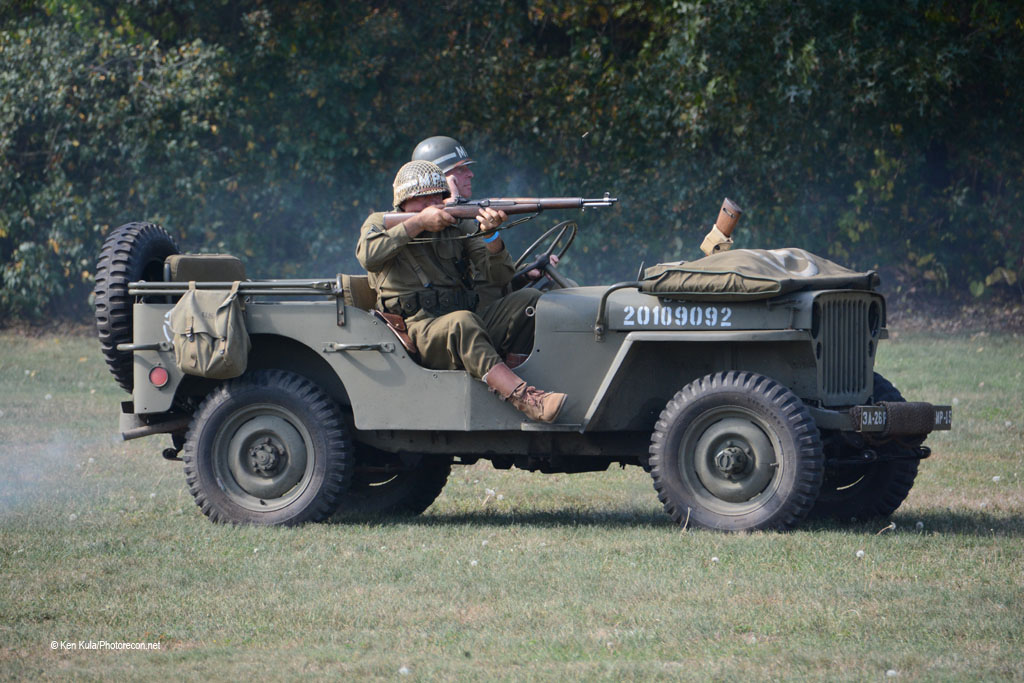 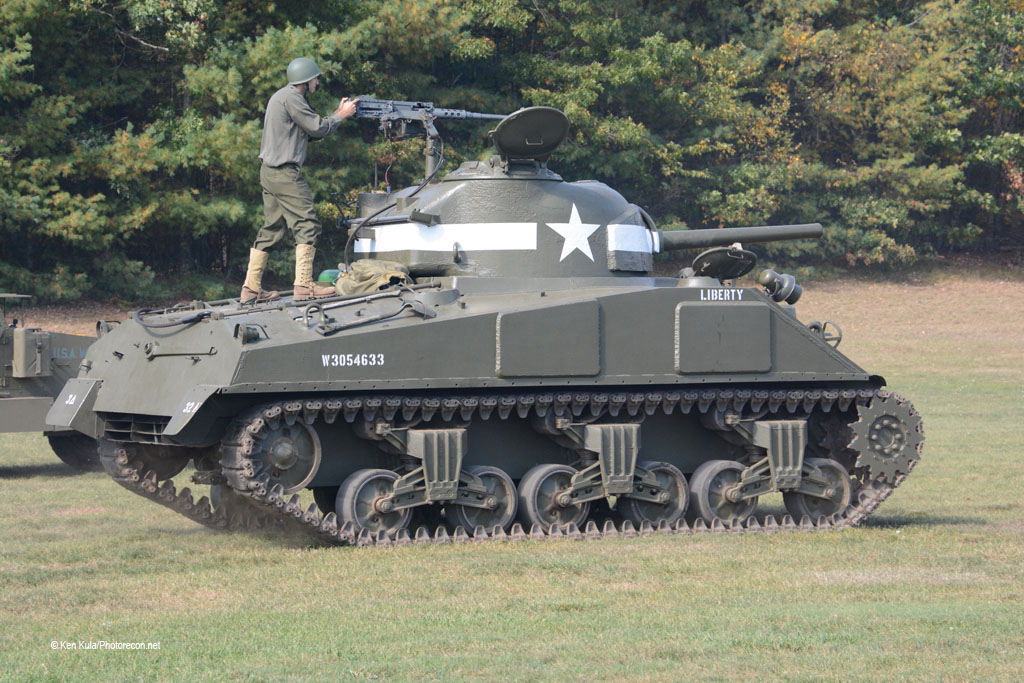 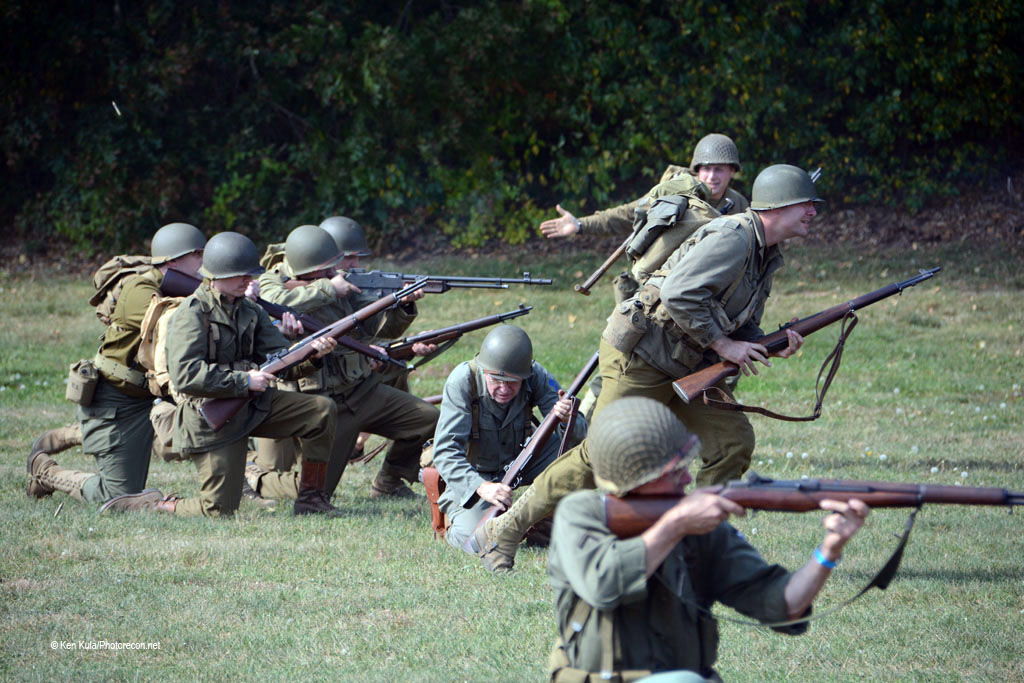