On the first day spectators were treated to the B-2 which was on the schedule but the base surprised everyone including those of us in the media pit by bringing in the B-1B which was never advertised!

Some of the other acts included the F-15 demo which was a first for me! The A-10 West demo team was also on hand showing off the capabilities of the aircraft, and after their demo they joined up with a P-51 for the USAF Heritage Flight! Travis brought in some heavy medal with the C-5, C-17 and KC-10 all doing a fly-by to keep everyone on the edge of their seats. Each plane did a low approach before all headed back to Travis.

Of the major teams on hand for the show this was the official kick off for the 2011 Patriots Jet Demonstration team that fly’s four L-39’s. At the next show they will kick it up to a six ship team. The pilot’s backgrounds vary from the Thunderbirds to the Blue Angels. The team is made up of all volunteers. If you have never seen this team they are a real treat. Most of the team has been together for the last couple of years now.

The other squadron on hand was the Thunderbirds, this was there 6th show weekend for the 2011 season and you would have thought it was there 100th with how in tune and tight the formations were.

There were many great static displays on hand from the U2 spy plane, to the fan favorite F-22 Raptor. The NAVY brought in an F-18 from the VFA-122 and the USAF brought in an F-16 from Luke AFB. The training aircraft was 84-1392 and was actually flown in combat in Desert Storm.

A little history about Beale, it is the home base for the United States U2 Spy Plane and also has a ton of T-38 trainers that are based there to get our pilots trained and ready to fly the U2 along with other fighter jet aircraft.

I would like to give special thanks to the Beale Air Force Base PAO who did an outstanding job over the weekend with getting all of our questions answered that we had to the free water and pop as well as the great hospitality. 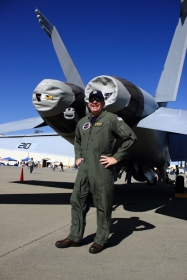 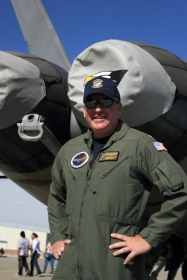