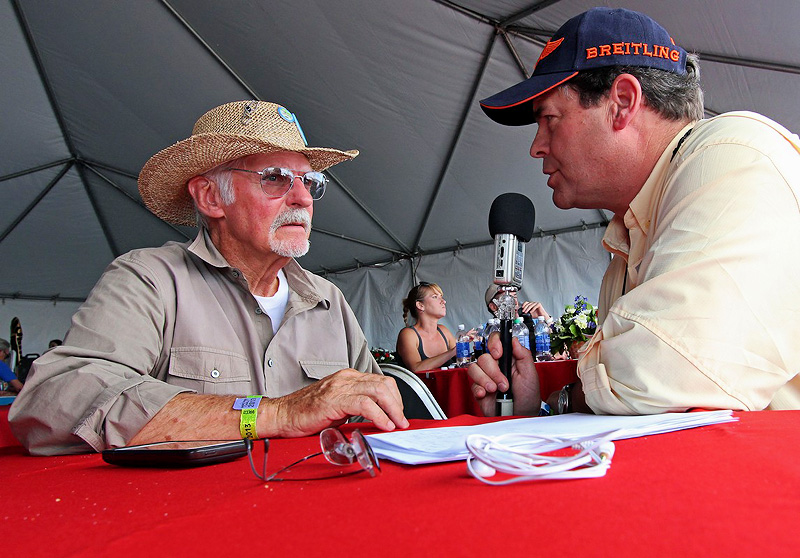 I had the honor of meeting a true legend of aviation at the recent Reno Air Races! Dick Rutan was the pilot, with Jeana Yeager, as they flew the futuristic looking VOYAGER aircraft, around the world on December 14th 1986.

They both made history, by flying this tiny aircraft around the world, NONSTOP!

I spoke with Dick about flight, the aircraft and the passion that he has for aviation!