The Valiant Air Command hosts an annual airshow in Titusville Florida each spring.  In the past (20 years ago) it was one of the 3 or 4 top airshows in the country.   It’s still a great show and has a long standing name “TICO” and is a contraction of the name Titusville Cocca Airport Authority.

It’s a warbird based show in support of the VAC’s Museum and fund raising efforts.  As in past years, the Museum actually pulls it’s collection out of the hangars and displays them outside for a few days giving you a different photo op.

There were lots of stars in the show as always.  It’s about 5 hours of nonstop flying.  To me one of the best was “Scooter” Yoak.  He flew down on Friday morning from West Virginia in the family P-51 “QuickSilver”.  His father Bill built the airplane out of parts documented as coming from over 200 P-51s which flew in every theatre during WWII.  One skin had a bullet hole in it and they “covered” it with a NACA duct during restoration.  For the parts they couldn’t find, Bill made them.   Bill Yoak is the premier sheet metal man for the warbird industry and perfection is the name of the game.  If you see QuickSilver this season, take a careful look at it, that is what a P-51 is supposed to look like.  If you see a P-51 or most of the other fighters, you can be assured that there are parts on them that Bill made.  His work is legendary in the business.  Others may be the “restorers” of an airplane, but if you knew where some of the major parts came from, well you’d find out they were made at a shop in West Virginia.  Scooter went on to fly three perfect low level acro routines for the show, nobody has flown like this since Bob Hoover was still flying.  Keep up the good work.

There was a debut (see other story) of the Heavy Metal Jet team, which put on a superb show.  Also Jim Tobul brought his newly restored Corsair “Korean War Hero” to the show (another sidebar story on this site).

The Starfighters came over from KSC and flew their F-104 N104RB.  The airplane has the same registration as Darryl Greenmeyer’s low level record setting F-104 which crashed.   There was nothing left to rebuild from that wreck and the only usable part was the registration.   The Starfighters don’t seem to get out to shows very much since they do a lot of contract work for NASA but when they are flying look out.   They are incredible.  Speed is king and there is no doubt who rules the kingdom.   The show isn’t long (at 800 gallons of fuel an hour without the burner on) because of fuel burn and maintenance costs, but the show is thrilling.  I’ve seen them fly 4 or 5 shows and everyone one is as good as the first.  The trip here would have been worth it just to see them fly once.  We can only hope they keep coming for more shows in the future.

On Saturday there was a flyby of a B-2 bomber.  It was different in that it may have been one of the last demos of the B-2 for a while.   The following Saturday, there was a flyby of B-2s over Libya, they made a couple passes, dropped about 45 bombs and came home after destroying several airfields.  Hopefully things will finish up over there and they can get back to flying some missions at airshows this summer.

There were two other really interesting things that appeared.   There were three B-25s and three P-40s.  It’s rare to see three B-25s flying a show and even rarer to see three P-40s in the air at one time.   Genesseo a few years back had a P-40 themed show and they only had four P-40s there.   In particular there was a very rare P-40, and it was one of the very few TP-40 trainers built.  It was even rarer because it was brought in by Kermit Weeks.  As we know Kermit has an aviation attraction between Kissimmee and Tampa Florida.  His “Fantasy of Flight” is an amazing collection of aircraft from all eras and most are ready to fly, some are preserved for future use.   Kermit rarely takes his planes off his private field and this was something special.  There was a lot of good buzz about it in the crowd and people were really pleased to see him there.  Thanks Kermit.

I didn’t have enough space to list everyone in detail, but there were little guys at the show too, like Tom Smith who brought in his BT-15 as well as many others.  We thank you all for your contributions to this effort.  As the pictures will show, the show was great.  A good time was had by all and we will be back next year. 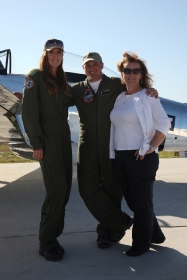 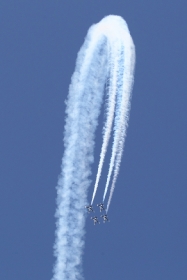 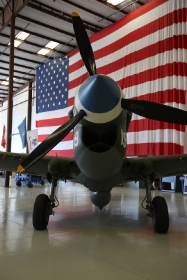 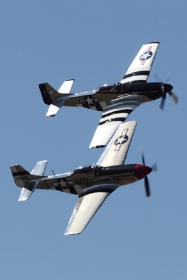 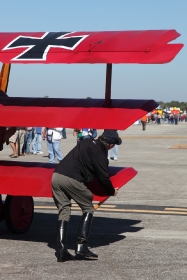 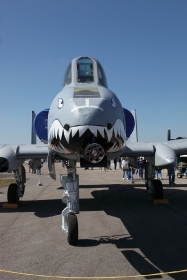