For the thirteenth time in thirteen years; on September 2nd, the Atlantic City skyline, boardwalk and beach were buzzing with the sound of propellers and rocked by thunderous jet noise. Since its inception, this venue has always been headlined by the U.S.A.F. Thunderbirds. In 2006, the U.S. Navy Blue Angels were invited to co-host along with the Thunderbirds. For 2015, the Blues were back as the main attraction.

Atlantic City’s annual “Thunder over the Boardwalk” show offers fans a break from the normal air show routine. The evening prior to the flying, the city’s Chamber of Commerce sponsors a boardwalk parade saluting local military veterans. It’s a great warm up for the following day’s practice show. On show day, the public arrives early in the morning to get a cup of coffee or a full breakfast from one of the boardwalk cafes and make their way seaside. With umbrellas, blankets, chairs, coolers and boogie boards in-hand, the assembled- stake out a piece of beach or make their way to reserved seating in the Flight-Line Club chalet. As the beach fills with spectators, numerous boat owners jockey for space and anchor off shore in anticipation of another exciting Atlantic City air show. While the adults deploy their umbrellas, spread blankets, lather themselves with sunscreen and the kids test the ocean’s water temperature, a long parade of banner towing planes alert the onlookers to the start of the day’s happenings. Flying in from local airports advertising local businesses, banner towing planes consist of a wide variety of fixed wing aircraft and are a familiar site along the shore. The event officially opened with Jim Beasley III flying by in his L-4 warbird followed by his father, Jim Beasley Jr., performing aerobatics in his SNJ Texan. After several passes by planes from Atlantic City International’s FAA center, a group of locally based helicopters swarmed the shoreline. They included; Jack Kelly’s Bell 47D1, Atlantic City Medical, New Jersey State Police and Chopper 6 from Philadelphia’s WPVI ABC affiliate. The beach got a little hotter when the much anticipated F-22 RAPTOR came screaming in from behind. The audience, transfixed on shown center, seemed mesmerized as the stealth fighter performed maneuvers like no other U.S. Air Force fighter jet. As Major John “Taboo” Cummings performed the demonstration in full afterburner, loud claps of jet noise echoed off the city’s skyline adding to the viewer’s excitement. Prior to Taboo’s demo, Jim Beasley Jr. had returned to the stage performing in his P-51D. All ages appreciated the capabilities and historic significance of the high-speed warbird. A humbled crowd filled with patriotic pride when the F-22 and P-51 joined to the sound of “Taps” for the U.S. Air Force Heritage Flight. The Blue Angels weren’t the only team to perform at the beach and boardwalk show. The four-ship Raiders Aerobatic Demonstration Team thrilled the spectators in their Yak 52s. Since its 2003 inauguration, the GEICO Skytypers have performed at every Atlantic City show. Flying in diamond, delta and solo formations, the roar of their six radial engines reverberated over the beach and water as they filled the sky with trailing smoke. Upon completion of their aerial demo, the solos dived down to race the Miss GEICO Speedboat. The super-fast race boat with its powerful engines had no trouble keeping up with the planes as they skimmed across the surface of the water.

Another much anticipated annual event favorite, The U.S. Coast Guard Search & Rescue Demonstration, validated what they do best on a routine basis- saving lives. Two MH-65 Dauphin helicopters deployed rescue swimmers before making several photo passes in front of the crowd. The rescue swimmers then swam to shore and waded through breaking waves where they were greeted with ‘high-fives’ by a multitude of enthusiastic bathers. Making their way along the shore, the rescue swimmers were surrounded by beachgoers eager to have their picture taken with these blue-water heroes. Before the main act took to the air, the crowd was treated to the thrilling fast paced aerobatics of Mike Wiskus in his LUCAS Oil Pitts Special. And then it was time for the Blues Angels! Haze and clouds kept the team to a mostly low show but the audience didn’t mind. The team was in great form as they flew tight diamond and delta formations along with the solos precise executions. When the jets departed, the U.S.M.C. contingent of the U.S.N. Blue Angel’s KC-130T Hercules “Fat Albert” proved why they are the best short-field take-off and landing transport pilots in the world.

Even during these tough economic times, this family oriented seashore expose keeps rolling along. For those that like a change from the usual airport air show, this resort-city venue offers a relaxed atmosphere where one can play in the sand, cool off in the ocean, do some boardwalk shopping and later, enjoy some nightlife entertainment. Each year, an estimated 550,000 sightseers- spread out through several shore communities- witness the spectacle.

On a sad note: during the Atlantic City show, Andrew Wright was expected to try and set a world record for the most number of inverted flat spins. Tragically, during Friday’s practice at the New York Air Show in Newburgh, NY, Andrew’s Carbon Fiber Air Shows G202 experienced a structural failure (tail) resulting in a fatal crash. At the conclusion of their routine, the GEICO Skytyppers paid tribute to Andrew with a missing-man formation. Wright; 53, from Austin, TX, flew as a hobby while working full-time as Chief Technology Officer for a small cyber-security company based in Toronto, Canada.

The 2016 “Thunder over the Boardwalk Air Show” will return Wednesday August 17 featuring the U.S.A.F. Thunderbirds. 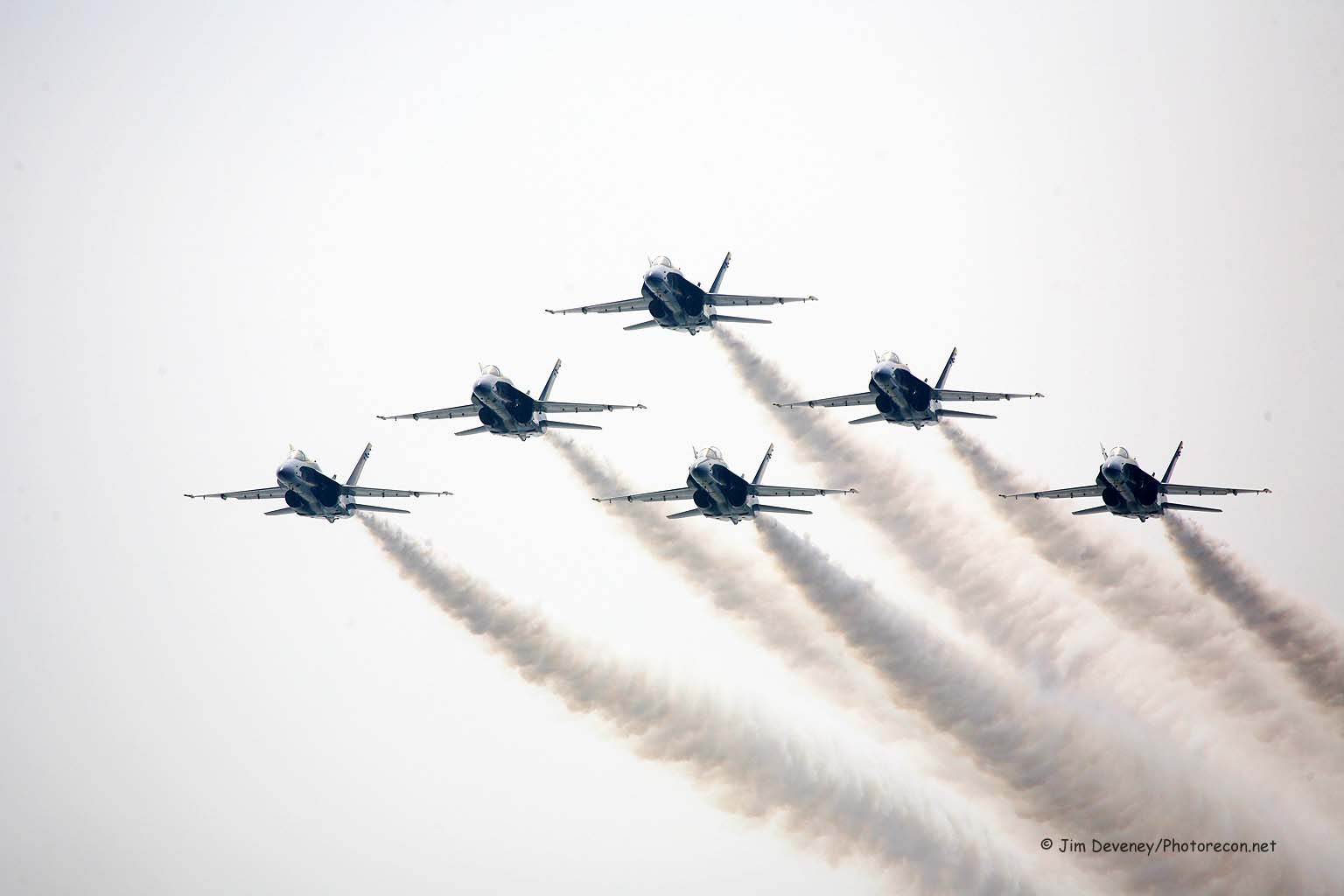 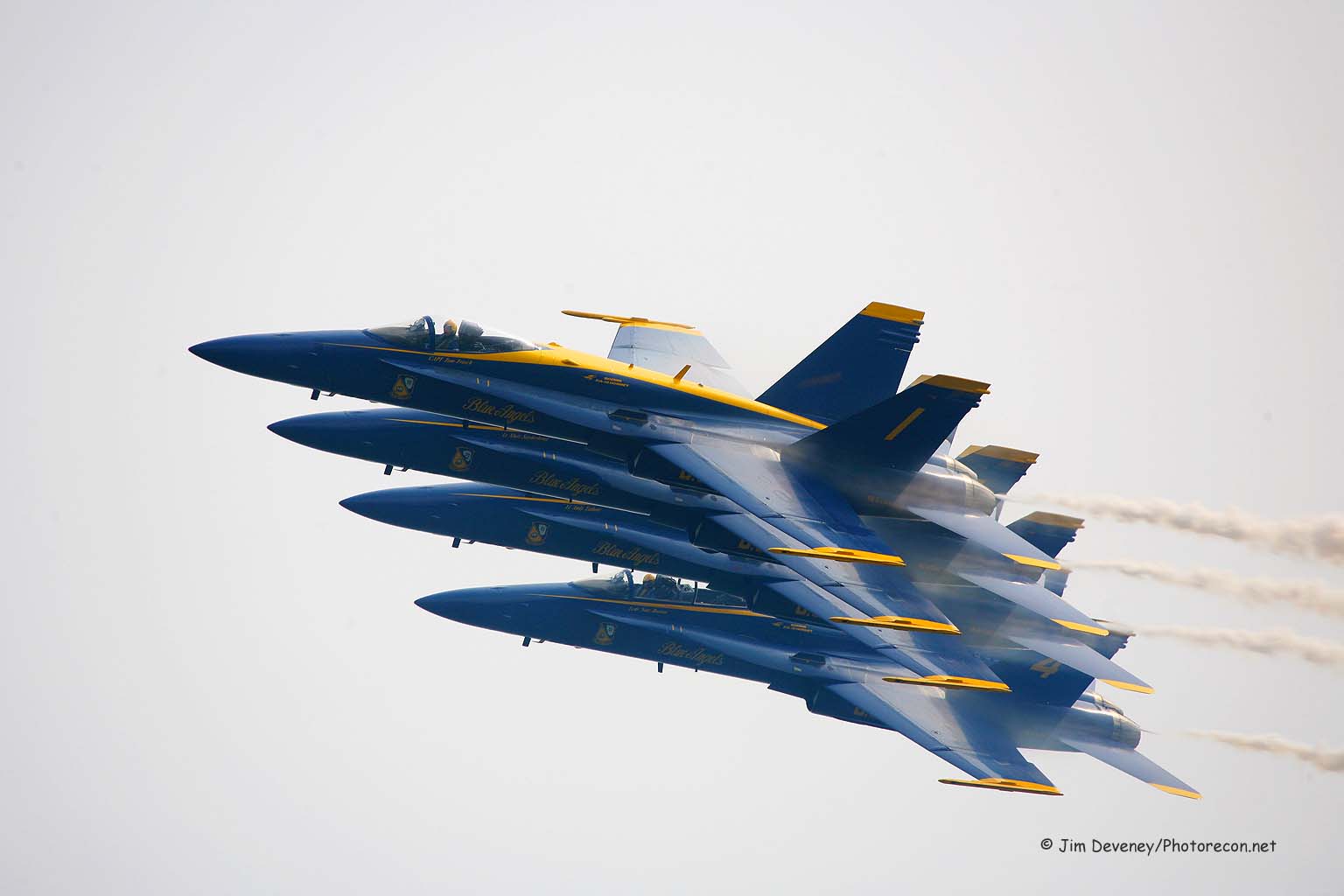 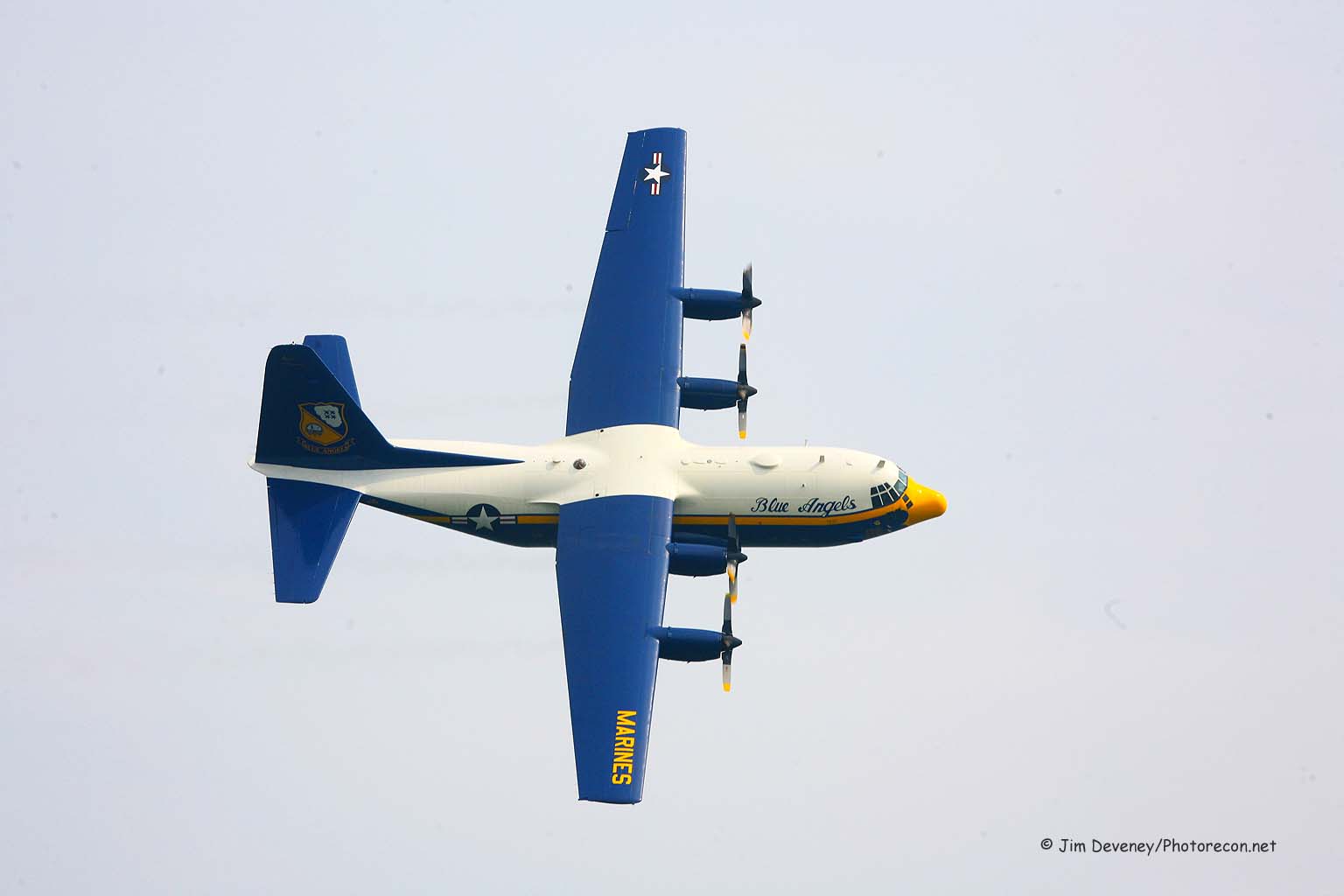 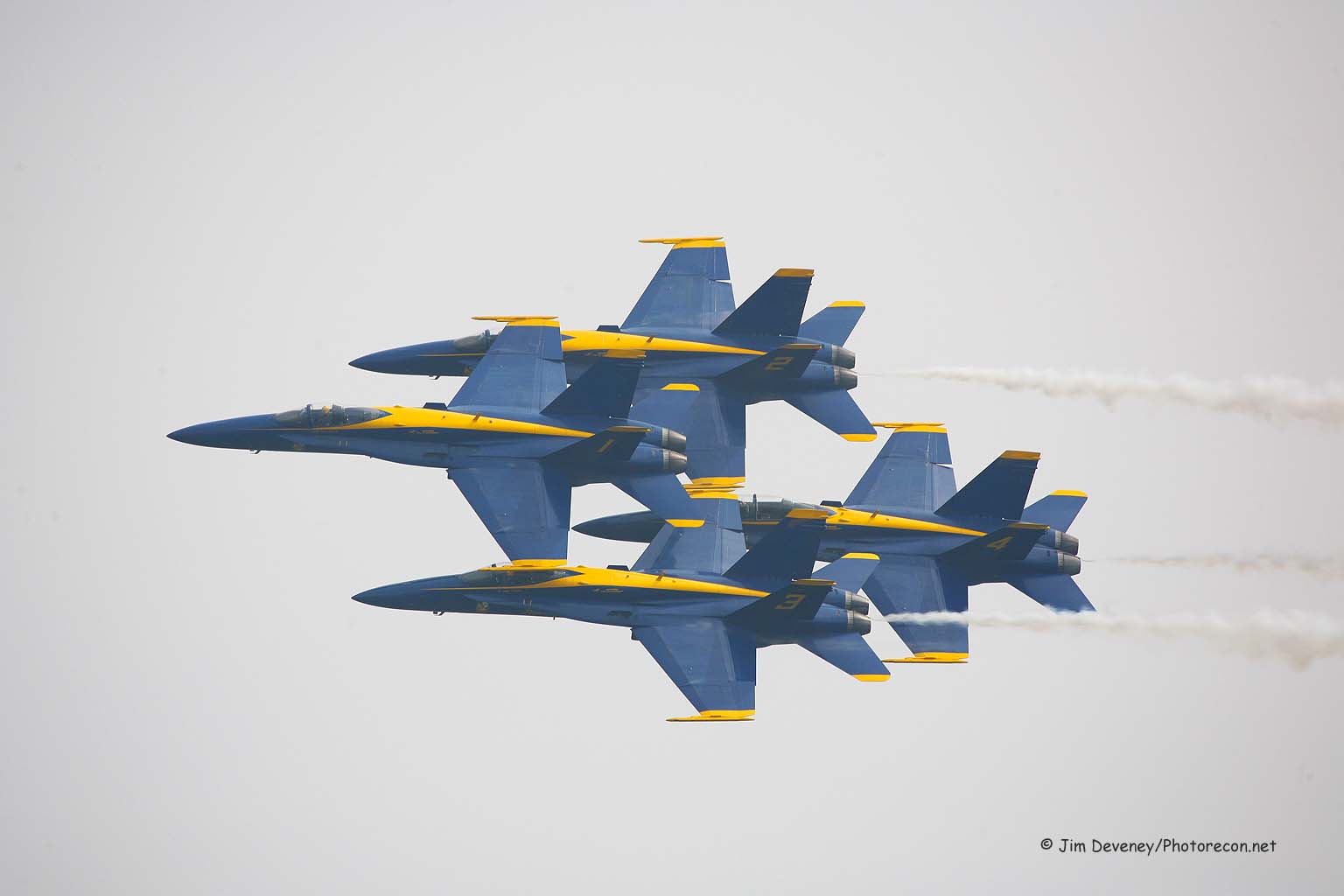 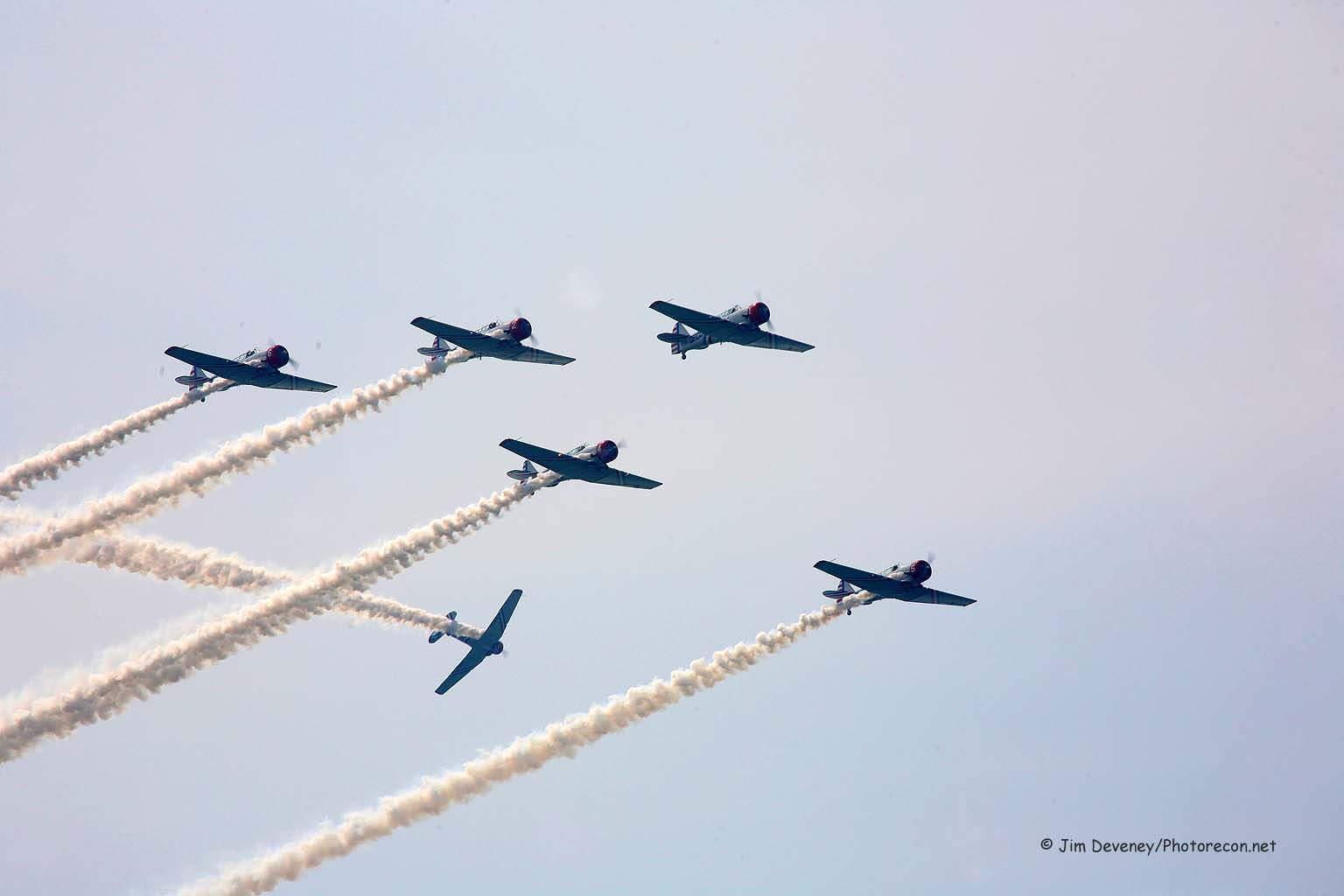 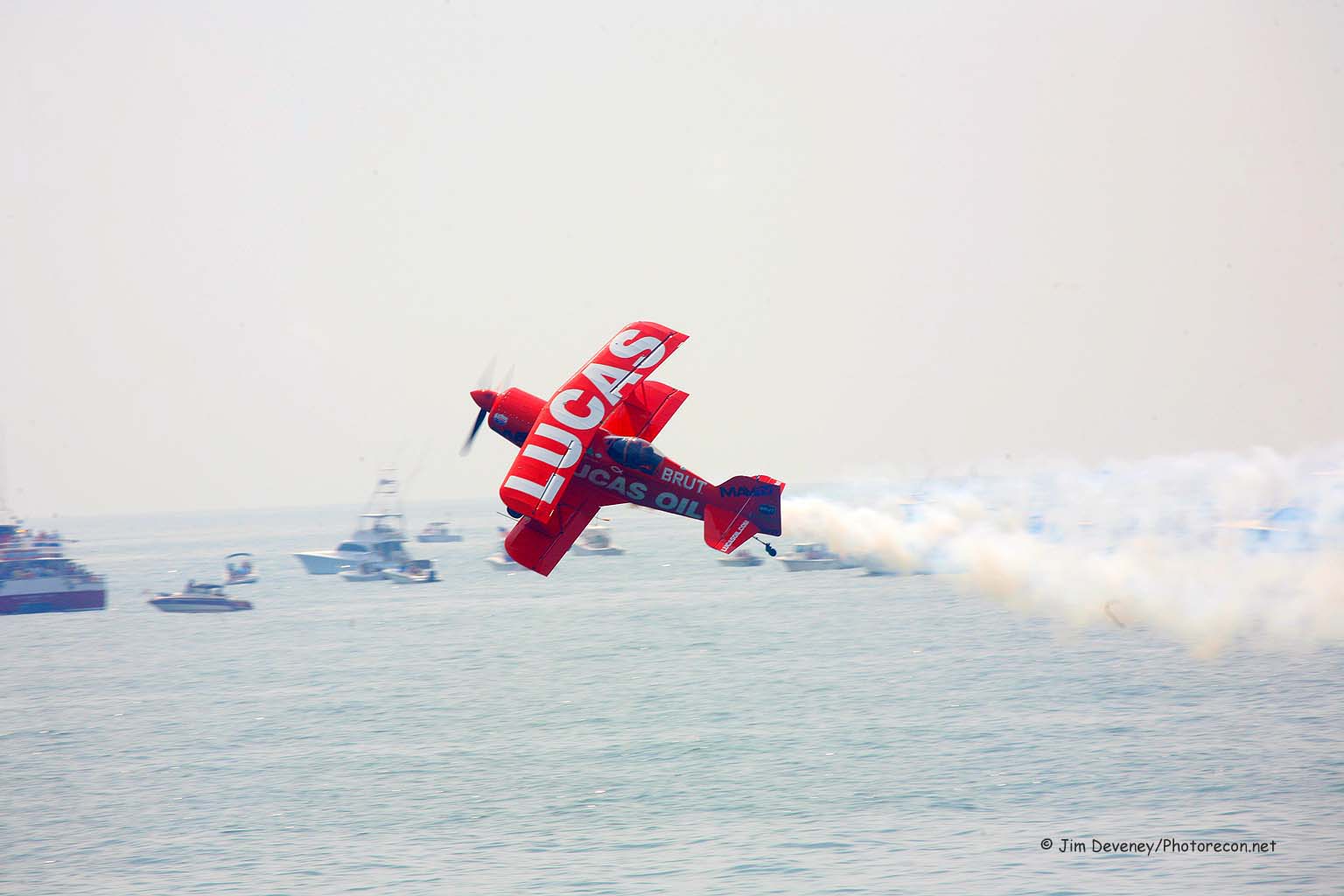 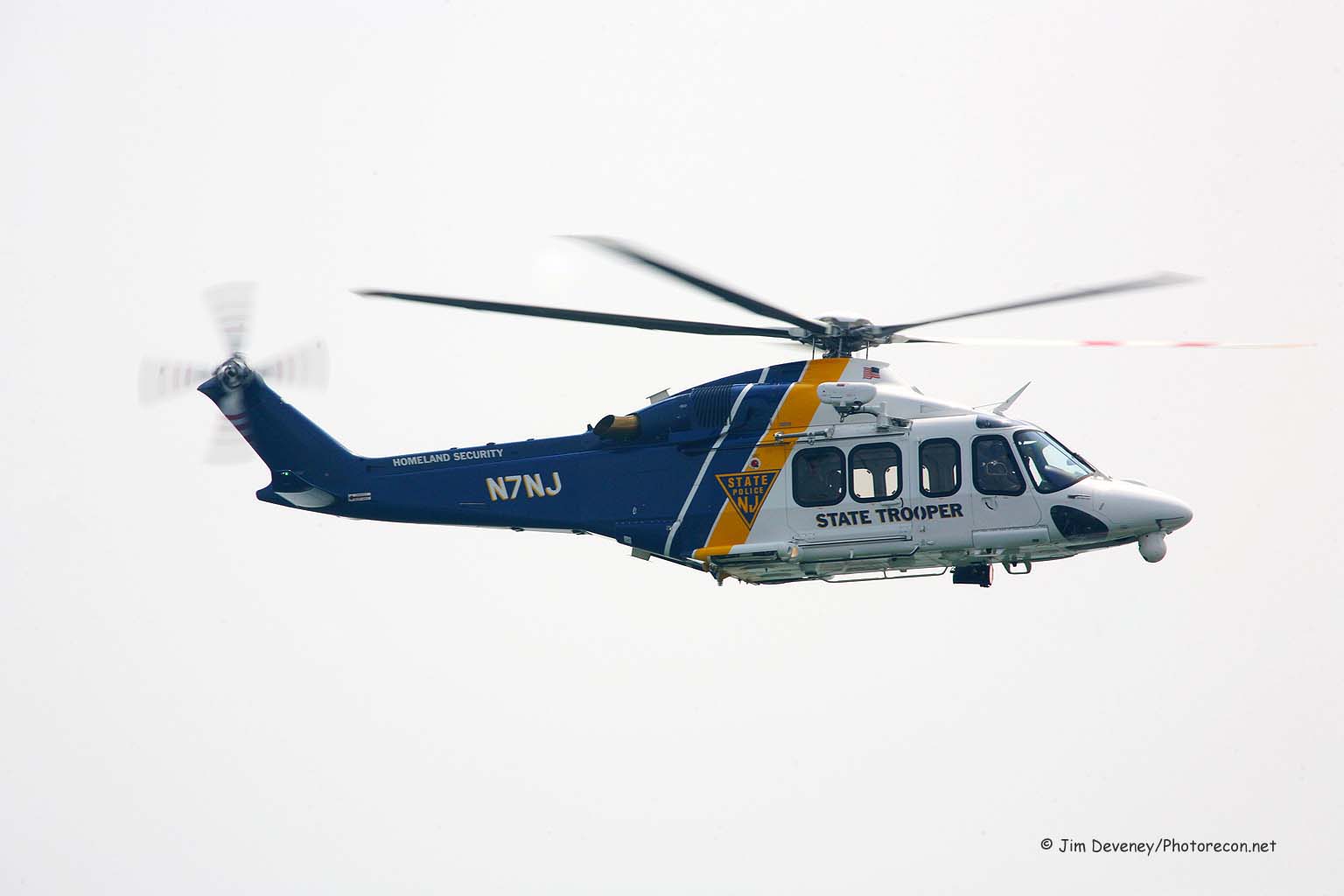 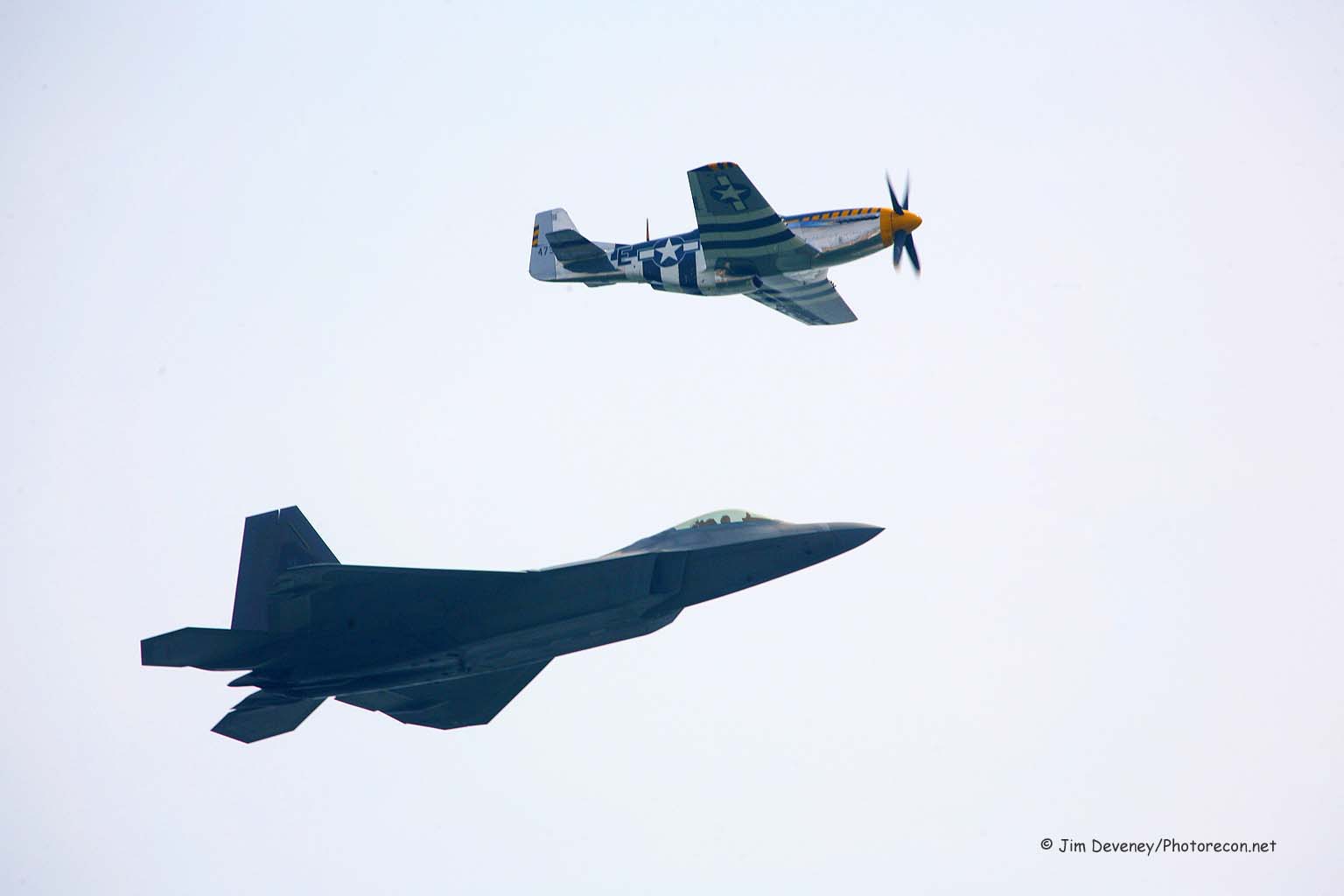 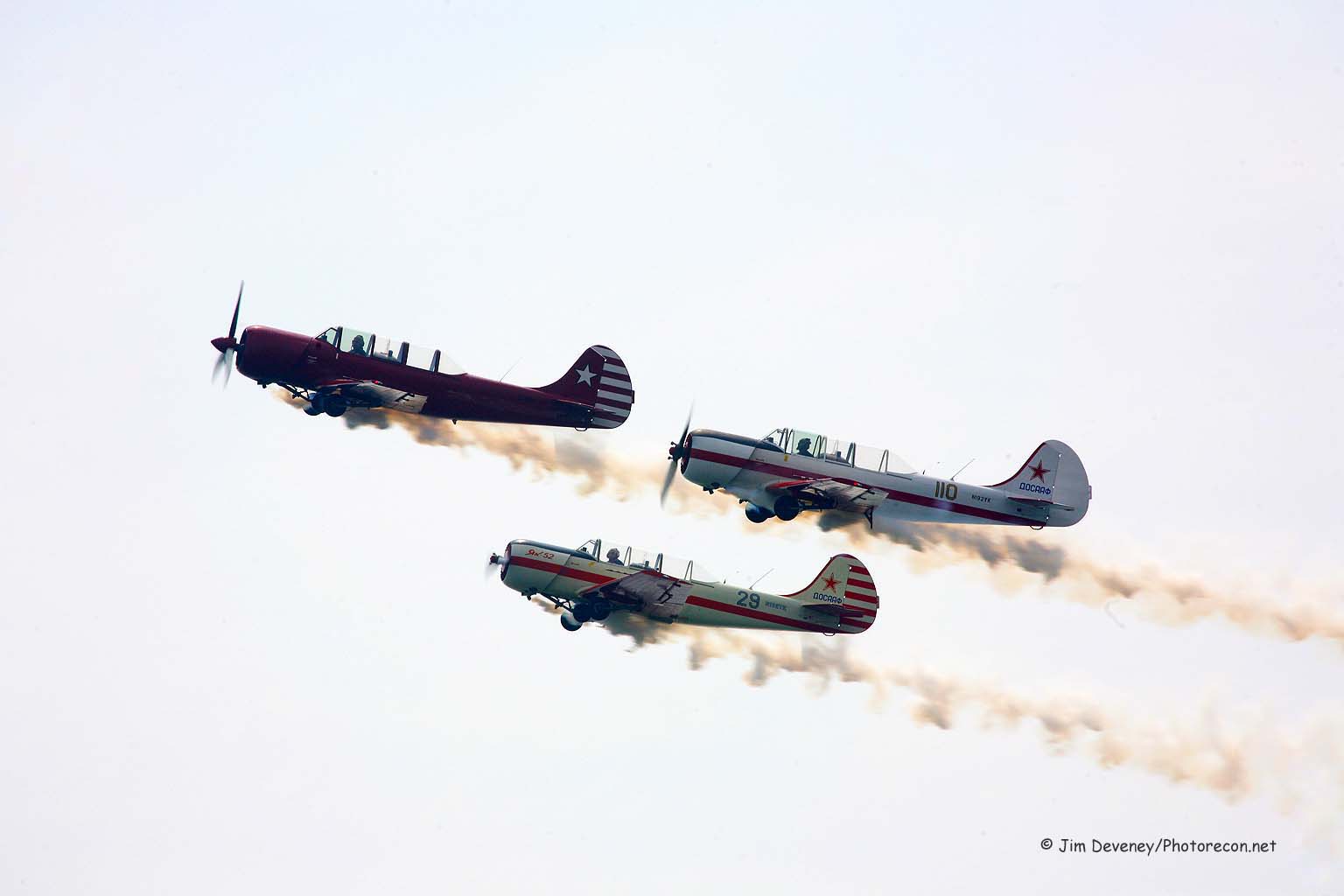 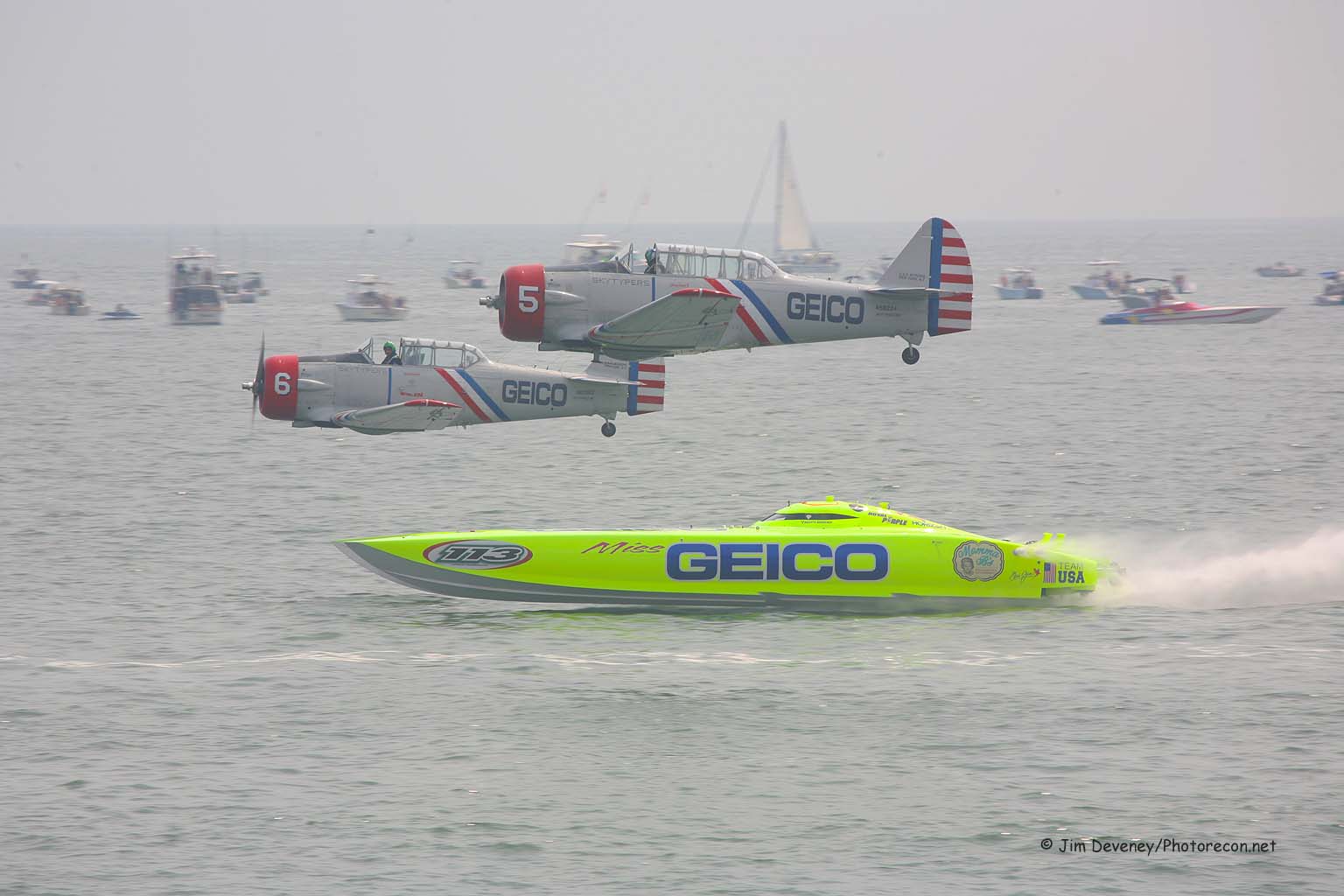